Powell to meet with Puma 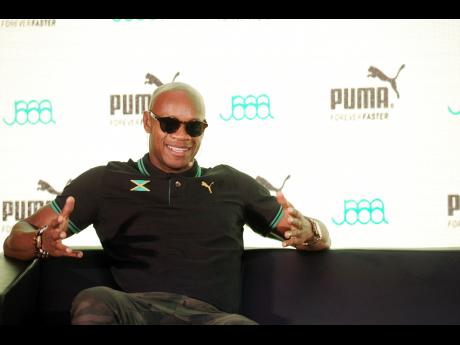 Asafa Powell is to meet with Puma executives in Austin, Texas, next month to begin 'fleshing out' some of the ideas he has for making his relationship with the sporting goods company mutually beneficial.

The 32-year-old former world record holder is two months into his multi-year deal with Puma and said the company has been very receptive to his ideas.

Based on his experience with Puma so far, the former world record holder, who was once signed to Nike and Li Ning, believes them to be different than other shoe companies.

"They are just fantastic people. Other companies are just about business, they don't have a relationship with the athletes, but this company is a great company. I have been with them for a couple of months and I am very happy with them and very excited about how things are going."

Meanwhile, Powell's coach and brother, Donovan, is also reaping the benefits of his younger brother's successful return to the track after the unfortunate events of 2013.

Powell began training with his brother while serving a six-month drug suspension after ingesting a tainted supplement. The company that manufactured the supplement agreed to an out-of-court settlement, which exonerated the athlete and his former MVP clubmate, Sherone Simpson.

Powell returned to the track and was the third fastest man in the world for 2015, courtesy of his 9.81 run in Paris on July 4. He was also a member of Jamaica's gold medal sprint relay team at the World Championships in Beijing, China, this past August.

That success has seen a number of athletes wanting to join his brother's Fast Twitch club that is based in Texas.

"We are building from scratch and hopefully we can expand. We have a few athletes coming in now that they see what my brother is doing," said Powell, referring to a number of Jamaican athletes like Natasha Morrison and Kerron Stewart, who joined the club in the off season.

Powell revealed that there are many more athletes waiting to join.

"I think that is what people wanted to see. They wanted to see if he knew what he was doing, so now the amount of people, trust me, we just have to wait and get everything in order. We are just trying to start from scratch and build an empire."