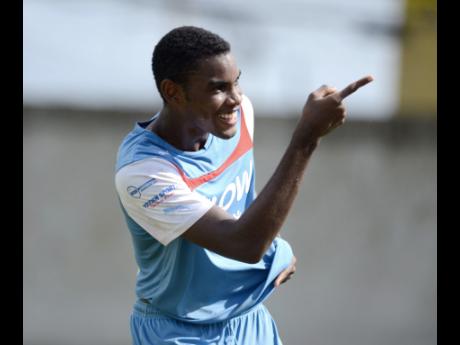 "People normally look for the flowing game from St George's, but we can't play the same way all through the competition, sometimes you have to back off and make things happen. Today we didn't play the way we wanted, but we got the three points, which was most important," said St George's assistant coach, Marcel Gayle.

In the feature match, St Jago were early out of the blocks and 11 minutes into the game they were awarded a penalty from a handball inside the box, which Smart converted.

Minutes later, Brown swept home a low cross which hit the post and went in for KC's equaliser.

"When you play a team twice and it's a quality team, you are going to get these types of challenges," said St Jago coach Glen Laing, "but we are designed to score goals and we are at home."

Charlie Smith vs Calabar at 1 pm

Both matches will be at Constant Spring Field.