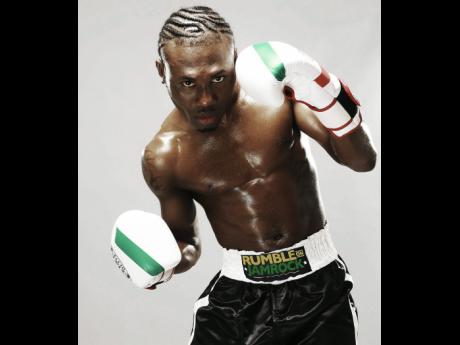 In what could be a signal that he is moving up to a higher weight class, former World Boxing Association (WBA) Featherweight Super Champion Nicholas 'The Axeman' Walters, will be fighting American super-featherweight Jason Sosa in a 10-round bout at the Turning Stone Resort and Casino in New York on Saturday, December 19. This will be the semi-final on an HBO Boxing After Dark card, featuring a WBA heavyweight title fight between Luis Ortiz and Bryant Jennings.

Walters, who had a fantastic climb to the top of the WBA featherweight division, faltered on June 13 this year when he came in overweight in a title defence against Miguel Marriaga and lost his Featherweight Super title on the scale. He went on to win that fight in dramatic style, by unanimous decision, at Madison Square Garden in New York after flooring Marriaga in the ninth round.

Because of the loss of his title on the scale, Walters fell to No. 4 in the world rankings in that division and is now working his way back up to a title fight. It is not yet known if he will return to the 126-pound featherweight division after this foray into the higher 130-pound weight class. "We just have to wait and see" a member of his camp told The Gleaner yesterday.

Walters is still unbeaten as a professional boxer, with a perfect 26-0 record including 21 knockouts. He has an 81 per cent knockout percentage and is known for his aggression, which includes pin-pointed jabbing and savage attacks to the body.

His opponent also has an impressive record. He goes into the ring with 18 wins, one loss, and three draws. He has 14 knockout victories, giving him a 64 per cent knockout percentage. Reports are that he is an aggressive fighter who likes to stay close to his opponent, but who also has good hand and foot speed. He is the type of fighter who is not afraid to challenge his opponent, and an action-packed encounter is, therefore, expected.

NO ROOM FOR ERRORS

Job Walters, who is his son's assistant trainer to Celso Chavez, left Jamaica yesterday for Panama to assist in the pre-fight conditioning. He told The Gleaner before his departure that "we are taking this fight seriously as Nicholas cannot afford to make any mistakes this time around. When he fights in December, it will break a six-month lay-off, and he, therefore, has some hard work ahead over the next six weeks. I am confident that he will beat this boxer and become a champion again soon."