Coach Laing: It was easy for Jago 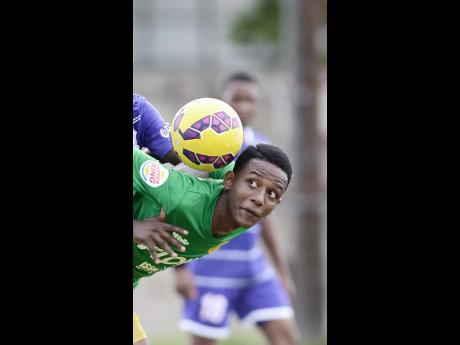 Coach of St Jago High Glen Laing said he had expected a bit more from St Elizabeth Technical (STETHS) after his team dismissed their daCosta Cup rivals 2-0 to advance to the semi-finals of the ISSA-FLOW Super Cup at the National Stadium yesterday.

"I thought they would have put up a little more fight, but we can't complain about who comes and how they play. We have to just score goals and win matches," Laing stressed.

"People have been saying that urban schools are ahead of the rural schools, and our performance proved that," he told The Sunday Gleaner.

He added that they knew where STETHS were weak and exploited that area throughout the match.

"We knew they had defensive problems and we decided to use three persons up front, and it paid off beautifully," Laing said.

Ace forward Ryan Smart led with a superb brace to bring his tally to nine goals in all competitions so far.

He converted from the penalty spot in the 43rd minute, after Kirk Samuda was bundled over inside the box, and polished off his brace in the second half with a clever 56th minute strike.

At the other end, most of the STETHS attacks failed to trouble a very organised St Jago defence. When the STETHS forwards found space for shots at goal, they were denied by goalkeeper Akeem Chambers of St Jago, who had a very good game.

"The guys didn't turn up to play. We came here and were a bit lethargic and that cost us. We just didn't play our game," he stressed.