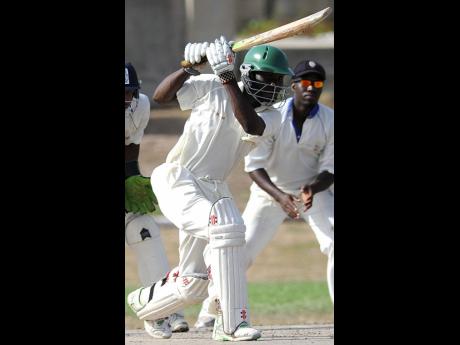 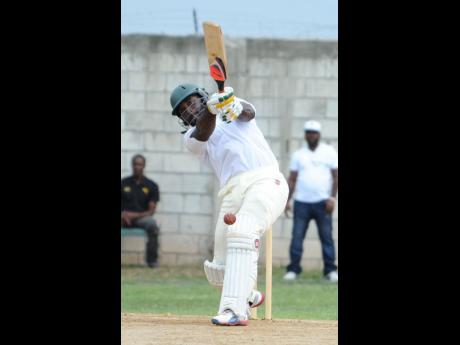 Title-holders St Catherine CC and surprise finalists, the University of The West Indies (UWI), will meet in the final of the 2015 Jamaica Cricket Association 50-over Championship at Sabina Park today.

The showdown, which is scheduled to start at 2 p.m., will be a historic day-and-night encounter - the first for a local competitive match-up at the venue.

St Catherine, now under the leadership of Danza Hyatt, as Tamar Lambert stepped down recently, will enter the showdown as slight favourites, despite having a less-impressive record than UWI.

St Catherine registered six wins and a loss, with the Robert Samuels-coached UWI boasting an undefeated record after seven games.

The 'Saints', however, have a stellar line-up, particularly as it relates to experience. Their batting, their greatest area of strength, includes West Indies batsmen, Barbadian Kirk Edwards and Hyatt, as well as opener Shacaya Thomas and the experienced Lambert.

The quartet, with the exception of Edwards - who joined them in the semi-finals - has been in good form this season and is responsible for their progress thus far.

Also in their squad is young opener Oraine Williams, who recently returned from League cricket in Ireland, and steady all-rounder, Wayne Morgan, who on their day can construct a good innings.

"Firstly, the aim is to make it champions two years in a row," said Hyatt, whose charges brushed aside the challenge of St James by eight wickets in the semi-final.

"We have a lot of match-winners, both with the bat and with the ball, and if two or three players should put up their hand - we should stand a good chance of winning," he stated.

The three, past representatives of the Combined Campuses and Colleges at the regional level, have been outstanding with either bat or ball all season and come today will hope to lead from the front.

"UWI is a young team as apart from me, who is the oldest player at 23. The average age of the team is 20 years old," Palmer explained.

"We are also an all-round team and tend not to focus on any one player, and once we continue to display those characteristics, it should be a good game."

Palmer continued: "They (St Catherine) are a tough team. However, it is about sticking to our game plan and executing as best as we can."