Captain could be in trouble 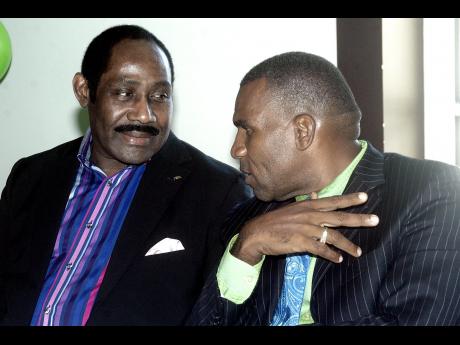 Captain Horace Burrell has been President of the Jamaica Football Federation (JFF) for an accumulated 17 years.

Jamaica's football accomplishments under the captain's stewardship have been many and varied, headlined by the historic qualification of the Reggae Boyz for the senior World Cup Finals in France, 1998. Add to that the Under-17 team qualifying in 1999 the Under-20s in 2001 the Under-17s again in 2011, and throw into the mix some six Caribbean Cup titles.

By any stretch of the imagination, the captain has been the best and most successful leader of Jamaica's football. Not only did his vision and forthright leadership change the reality of the local game, Captain's work also changed the perception that Jamaicans had of their national football team in an unimaginable and positive way that has persisted to this day.

During his tenure as JFF president, Captain Burrell has gathered vast experience in the intricate nuances of managing the affairs of the nation's most popular sport. Add to that political savvy, garnered along the way in holding on to that coveted position for the better part of two decades.

That is a mere fraction of the intimidating reality that must have cost Mr Orville Powell many sleepless nights, before he decided to throw his hat into the race for the top leadership position of the most high-profile job in Jamaican sport.

Mr Powell deserves great kudos for, at least, conjuring the cojones to do what many before him in a sometimes fractious local football fraternity have all failed to do.

Having had private conversations with key members of the local football fraternity in recent times, almost in a chorus the call is to see the Captain ousted, with the most popular cry being for a more equitable distribution of the "football spoils".

My response remained consistent throughout, get an alternative candidate, take the message to the delegates and mount the challenge.

Until the recent emergence of Mr Powell, the barks have been all louder than the bites. The Montego Bay United Football Club president spoke stridently and passionately and was, for the most part, on point with the issues raised - the lack of transparency and accountability, as well as the spiraling debt of the federation.

He spared no punches in raising the longstanding issue of the perceived conflict of interest in the scenario where the company owned by the president of the federation sponsors numerous parish associations, with the votes of the representatives of those same parish associations set to decide his fate as president.

These were but some of the poignant points raised by Powell, which resonates loudly with all concerned with the sport locally.

The word on the ground is that Mr. Powell's biggest challenge will be to secure, in short order, four of the 15 available votes - to get the nomination to challenge for the presidency. The talk is, if Orville Powell gets the nomination, Captain Burrell will be in trouble.

There is no doubt that the Captain is a veteran and wily campaigner, who, after suffering that bitter ousting by Crentson Boxhill in 2003, will not want to experience that feeling again, and will spare no punches in protecting his turf.

On the other hand, the demise of Austin 'Jack' Warner, Jeff Webb and the imminent fall of former FIFA boss, Joseph 'Sepp' Blatter, represents the loss of some big trump cards for Captain.

The question is, will the wind of change sweeping across the sport internationally have enough momentum to sweep Captain out of power and sweep Orville Powell in the opposite direction, and into that now famous office that runs the nation's most popular sport?

Your guess is as good as mine.

I am just about taking my seat in the stands, waiting for sound of the referee's whistle, which should be heard loud and clear on nomination day, Thursday, November 5.