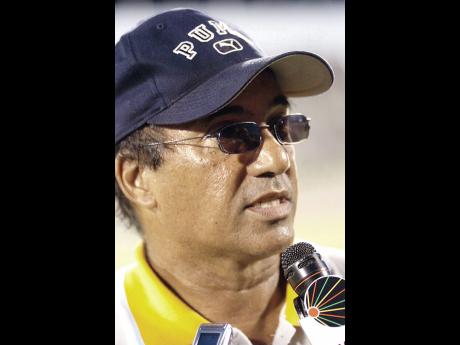 Despite being reduced to nine men, a resilient Hydel High refused to surrender Group I leadership to their rivals and are still occupying pole position with four points, courtesy of a fighting come-from-behind 2-2 draw with former champions Camperdown High at the Constant Spring Field yesterday.

Hydel's main goalscorer, Nicholas Nelson (11 goals), fired low and hard at goal, which Stephen Barnett followed up and hit home in the 41st minute for his 10th goal of the season.

Camperdown's scorer was Kevin Clarke, who netted in the 46th and 80th minutes, as captain Tevin Shaw missed a 64th-minute penalty which could have won the game for his team.

Hydel's captain, Kurt Thomas, was sent off after picking up a second yellow, and Kevin Wright also followed, for hard tackling. The two-man difference gave Camperdown ample space to do damage and score, but they just couldn't.

Substitute Orlando Brown received an aerial ball, wrestled past his marker and struck home his first goal of the season in minute 77.

The result leaves the Ferry-based school on four points for the time being, one ahead of Denham Town.

Meanwhile, Denham Town are banking on the hope that Hydel will lose three points gained from them, following their 3-0 loss last Tuesday.

It is being challenged that Hydel used an ineligible player, Howard Morris, who was given a red card in the FLOW Super Cup game against Clarendon College, but started for Hydel.

A boardroom meeting with ISSA will rule on the matter tomorrow as to whether Hydel will keep or lose three invaluable points.

"I am confident it will go in our favour, because based on all the rules we have seen and based on FIFA rules and ISSA rules, we are safe," Hydel's coach, Geoffrey Maxwell, told The Gleaner.

"No, we were not wrong," he continued. "There is nothing wrong in what we did."

Meanwhile, Denham Town's Omar Edwards said: "Who knows what will happen on Friday. We are very optimistic. We have Camperdown to play, and I believe that we are in a good stead going forward. Our intention is to go all the way."

Hydel will play Innswood - who are without a win - in their final game.

Both matches will be played at Constant Spring Field