Arsenal look to bounce back against Spurs 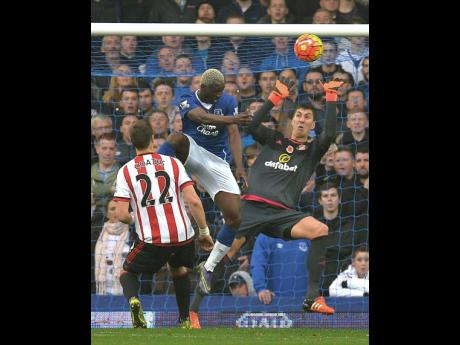 Arsenal host their north London rivals, Tottenham on Sunday, looking to restore some pride following a demoralising 5-1 defeat by Bayern Munich in the Champions League.

That loss has left the Gunners on the verge of exiting the competition at the group stage for the first time since the 1999-2000 season. Arsene Wenger's side is now six points adrift of Group F leaders Bayern and second-place Olympiakos with two games remaining.

"There is still a chance to qualify," Wenger said. "We have to realise that our chance is at a minimum.

"It will be very tight, but we have to fight until the end. Let's hope Bayern beat Olympiakos and we win at home against Zagreb. That leaves us with a chance to qualify from the last game. It's a small chance, but there is still a real one."

While they struggle in Europe, five consecutive wins in the Premier League have lifted the Gunners to second in the league, level on points with leaders Manchester City.

Wenger's side responded to a 2-0 loss away to Chelsea in September by putting together its best run of form since the start of the new campaign.

By contrast, Jose Mourinho has since overseen a serious slump at Chelsea, losing three of the last five matches a run that has raised question marks over his second spell in charge.

Up next is a trip to Stoke, which knocked Chelsea out of the League Cup less than two weeks ago.

Elsewhere, it's top versus bottom when Manchester City travel to Aston Villa.

Here are some things to know about this weekend's English league matches:

Arsenal's defeat in Munich highlighted the importance of defender Laurent Koscielny, who played in the 2-0 win over the Bundesliga club in October. After being ruled out of the reverse fixture, replacement Gabriel Paulista struggled alongside Per Mertesacker as Bayern cruised to victory.

Koscielny remains a doubt for Sunday's game, together with fullback Hector Bellerin. A depleted backline could force Wenger to continue with the back four that started in Munich against resurgent Tottenham striker Harry Kane.

After a stuttering start to the season that saw him net once in 13 appearances, Kane returned to form with a hat-trick against Bournemouth in a 5-1 win before netting the third in a 3-1 victory over Aston Villa.

If Arsenal afford Kane the freedom that Robert Lewandowski and Tomas Mueller enjoyed it could lead to a first away victory in the north London derby for Tottenham since November 2010.

Jose Mourinho will be hoping his side can end its miserable run in the league after back-to-back defeats to West Ham and Liverpool.

A narrow 2-1 win over Dynamo Kiev in the Champions League will have provided some much-needed relief in a game that will best be remembered for the staunch support of the Stamford Bridge crowd toward Mourinho. The home fans sang his name throughout the match, despite the Blues having lost six of its opening 11 matches in the league.

Chelsea have struggled since winning the title at a canter last season, with key players such as Eden Hazard, Diego Costa and Cesc Fabregas looking shadows of their former selves.

Hazard's alarming drop in form is a major concern for Mourinho. Last season's Player of the Year missed the all-important fifth penalty during a shootout loss to Stoke and has yet to score for the club this season.