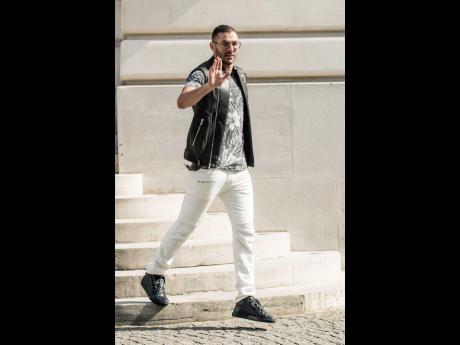 Five years after missing the World Cup amid his involvement in a prostitution probe, Karim Benzema was charged yesterday with conspiracy to blackmail as part of an investigation over a sex tape involving France teammate Mathieu Valbuena.

Benzema, widely considered one of the most talented strikers in the world, also faced preliminary charges of participating in a criminal group in a scandal that has monopolised the national media's attention.

Few details of the case have been released, but investigators said they are trying to find out if Benzema played a role in an extortion attempt targeting Valbuena, and if he actually tried to blackmail the Lyon midfielder.

Benzema's involvement in the sex-tape case has yet to be determined, but investigators believe he was approached by a childhood friend to act as an intermediary between the blackmailers and Valbuena.

The Russian athletics federation suspended five athletes yesterday, including a top marathon runner and an Olympic hammer throw finalist, just days before the publication of a major report into Russian doping.

Marathon runner Maria Konovalova received a two-year ban and was stripped of results going back to 2009. She finished second at the Chicago Marathon in 2010 and third in 2013.

The Russian federation said she was suspended based on irregularities in her biological passport, which monitors an athlete's blood profile for evidence of doping.

Valentino Rossi will start the MotoGP title-deciding race on Sunday from the back of the grid, after all.

Six-time champion Rossi was penalised for appearing to kick out at defending title holder Marc Marquez of Spain, who then crashed on the Sepang track.

Rossi has a lead of seven points over Jorge Lorenzo of Spain ahead of the last race on Sunday at Valencia.