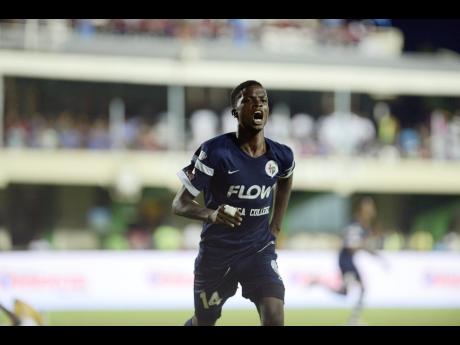 In the second semi-final, at the same venue, St George's College beat St Jago 3-1, and will meet JC in the final.

In the opening game, JC went ahead courtesy of a first-half wonder strike from Tyreek Magee, who whistled a shot into the right corner and past the outstretched arm of Shamar Jamieson in goal, in the 32nd minute.

Chances came and went in the open, attacking game, and the first-half closed with a 1-0 advantage to JC.

With the confidence of champions on their side, JC attacked the second-half immediately on resumption and were denied by Jamieson again and again.

Their second goal, though coming in extra time, knocked the wind from a less-clinical Wolmer's after Jahvain Russell pounced on the rebound from a powerfully hit shot by Donovan Segree in the 94th minute.

It was the first time Wolmer's were conceding two goals this season and it came against the same JC team, which they eliminated in the Walker Cup KO recently.

Meanwhile, Wolmer's will be blaming Rivaldo English, who got a glorious equalising opportunity from Alphanso Gooden, with a delightful chip into the box, which English failed to put away with some 70 plus minutes gone in the contest.

He cut a JC defender, but struck his shot straight into the legs of goalkeeper Jahmali Waite, much to the amazement of the stunned Sabina Park crowd, who, by then, were at inaudible decibels of cheering as if to signal game over for Wolmer's and victory for JC.

Allando Brown, the JC captain, said: "I feel really great. The team came out and fought to the end. We got two goals. Lovely!

"As I said before, no team will beat Jamaica College twice in a tournament, so we came out and showed Wolmer's who the champions are," the never-say-die skipper told The Sunday Gleaner.

Their head coach, Miguel Coley, said: "Tactically, it was a good game. We just have to keep the ball in front more. We have some good players, we are still working on getting that clinical striker, but it was a total team effort as Wolmer's threw everything forward and we were able to capitalise and keep the game."

"We gave them too much room to operate in the first-half.

"We created a number of easy chances and we were left to rue those chances."