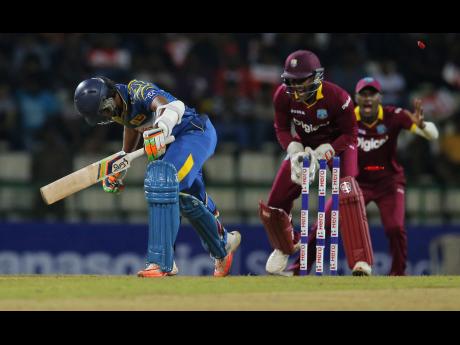 In what can only be described as a sad day for West Indies cricket, CARICOM's subcommittee on cricket has recommended the immediate dissolution of the West Indies Cricket Board (WICB).

In an announcement on Wednesday in Grenada, head of CARICOM's sub-committee on cricket, Prime Minister Dr Keith Mitchell of Grenada, and the chair-person of the Independent Review Panel, professor Eudine Barriteau, talked of the "immediate dissolution of the West Indies Cricket Board" and "the appointment of an interim board whose structure and composition will be radically different from the now proven obsolete governance framework."

This drastic but unavoidable move by the subcommittee follows years of the people's dissatisfaction with the board, something which led to the board seeking recommendations to improve itself from two self-appointed committees, one headed by the former prime minister of Jamaica, P.J. Patterson.

His recommendations, which included changes in the structure of the board, including the number of directors, transparency, and accountability, were delivered, were received, were read, but were never acted on, at least not fully or properly.

This time, however, the sounds of anger have been louder, almost deafening.

First, by the people, who were fed up with things like the many quarrels between the board and the players, which led to numerous strikes by the players.

Second, however, it involved the board's sell-out of West Indies cricket to the 'Big three' of India, England, and Australia; the abandoned tour of India and the board's reaction to its treatment of some players; the temporary removal of coach Phil Simmons; and its lack of transparency and accountability, among many other shortcomings.

Included among the many other shortcomings are the performance of the West Indies team, which loses consistently regardless of who it plays, at home or abroad, and the many whispers about the handling of the board's finances.

Only recently, Baldath Mahabir, a director from Trinidad and Tobago, tendered his resignation from the board, citing unprofessionalism, disputes, and poor business models as the reasons.

Although the recommendations talk about "immediate" dismantling and about the board being antiquated, obsolete, and anachronistic, the board has replied to say that it has a quarterly meeting on December 12 and will select a team to meet with CARICOM to discuss the problems.

That is strange. Maybe the board is following the International Cricket Council (ICC) stance that politics have no business in sport and does not really believe that CARICOM, representing the governments of the territories, can dissolve it.

What is important, however, is that they do not get involved in the day-to-day affairs of the business of running cricket. All is fair, once they do not attempt to influence selection, including the all-important selection of teams.

Instead, for example, of leaving the basic development of West Indies cricket to its affiliates - Jamaica, Barbados, Guyana, Trinidad and Tobago, the Leeward Islands and the Windward Islands - the West Indies board has taken on that responsibility.

The recommendations, which are considered "absolutely necessary in order to transform and modernise the governance, management, administration and the playing of the game", and the suggestions for the interim board are that it "be chosen based on certain criteria and skills sets, and recruitment should be overseen by a head-hunting firm so that individuals of the highest calibre are chosen".

One of the things about which Patterson and Wilkins complained was the size of the board, and their recommendation was that it should have been cut, possibly in two, and with other groups from the West Indies involved.

The recommendations of the subcommittee include that a nine-member interim board, selected on the basis of proven professional competence, be put in place.

West Indies cricket, as run by its board and as played by its cricketers, has been so poor that something needs to be done about it, and it should have been done by those within the fraternity, those involved with cricket.

Because of the different sovereign states, however, they did not, or they could not, and it was left to CARICOM to step in and do what should have been done a few years back.

Although the questions must be asked, what next, and who will eventually select the proper WICB, the intervention of CARICOM is welcome, providing it understands its limitations and its role in the days ahead.

It is interesting that no Jamaican was involved in making these recommendations to CARICOM. But it must be remembered that earlier this year when the Jamaica Cricket Association (JCA) voted not to support Dave Cameron for a second term as president of the WICB, a general meeting was called by irate members of the JCA and the membership voted to support Cameron simply because he was a Jamaican.