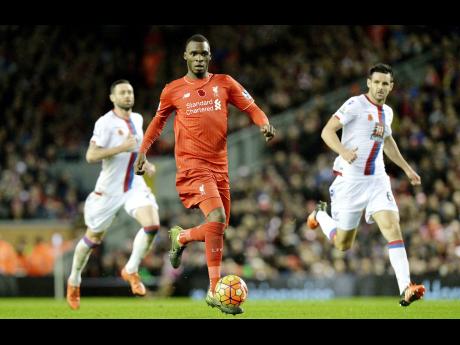 Ayoze Perez secured Newcastle United's first away win of the season to take the Magpies out of the Barclays Premier League relegation zone. Perez scored from Newcastle's only shot on target, with Adam Federici failing to stop his tame effort.The result was very harsh on a

dominant Bournemouth, who were denied by a string of brilliant saves from Newcastle goalkeeper Rob Elliot.

Jesse Lingard scored his first goal for Manchester United to take the club into fourth place in the Barclays Premier League. Lingard curled home from the edge of the box early in the

second half to give the hosts the lead.Juan Mata then made the win safe from the penalty spot late on after Anthony Martial was fouled by Gareth McAuley, who was sent off.

Norwich City ended a run of four Barclays Premier League defeats as Jonny Howson's goal earned a narrow victory over Swansea.The midfielder tapped in his first goal of the season after Dieumerci Mbokani

headed a corner back across goal.Swansea hit the bar through Gylfi Sigurdsson's clever scooped attempt from Wayne Routledge's cross.

Jose Mourinho's troubles increased in his absence with Chelsea's manager powerless as his Barclays Premier League champions slumped to another damaging defeat. Mourinho was forced to watch from Chelsea's team hotel as he served a one-match stadium ban for his behaviour towards match officials in the 2-1 defeat at West Ham in October. And his team suffered a seventh defeat thanks to Marko Arnautovic's acrobatic 53rd-minute finish.

Southampton extended their unbeaten run in the Premier League to six games as Dusan Tadic's penalty left Sunderland in the relegation zone. Ronald Koeman's side bettered exchanges at the Stadium of Light and both Jose Fonte and Steven Davis saw efforts cleared off the line after half-time.The pressure told when Yann M'Vila fouled Ryan Bertrand and Tadic struck a fourth league goal of the season.

Jamie Vardy scored for a ninth successive Barclays Premier League game as Leicester beat Watford to go level on points with Manchester City and Arsenal at the top of the table.Vardy got Leicester's second with a penalty after he was tripped by Watford goalkeeper Heurelho Gomes. The Brazilian had already gifted Leicester the lead, somehow letting N'Golo KantÈ's tame shot slip through but a Troy Deeney penalty gave Watford hope.

West Ham moved up to fifth in the Premier League despite having to settle for a point at home to Everton. Manuel Lanzini put the Hammers ahead with a superb curling finish after Victor Moses' shot was blocked.But Romelu Lukaku ran on to Gerard Deulofeu's perfect pass to level and extend his run of scoring against West Ham to seven successive games. Winston Reid headed over for the Hammers and Lukaku went close late on

but neither side could force a winner.

Arsenal wasted the chance to go two points clear at the top of the Barclays Premier League after coming from behind to steal a draw in the North London derby. With Manchester City held by Aston Villa earlier in the day the Gunners could have gone top but after Harry Kane gave Spurs a 32nd minute lead to take his tally to six goals in four games. But substitute Kieran Gibbs levelled for the Gunners with 13 minutes remaining.

Jurgen Klopp suffered his first defeat as Liverpool boss with Scott Dann handing Crystal Palace three valuable points. Dann nodded in the winner nine minutes from time after the ball bounced up to him in the area.The visitors had taken the lead through winger Yannick Bolasie, who shot home from inside the box after the Reds failed to clear the ball Philippe Coutinho curled in Liverpool's goal three minutes before half time following Adam Lallana's flicked pass.