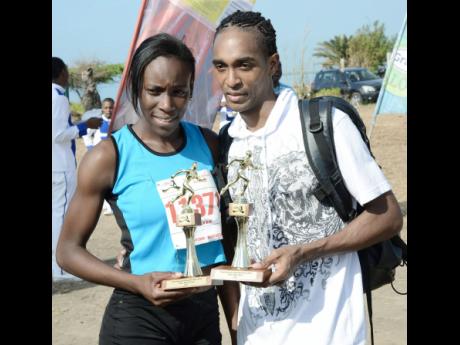 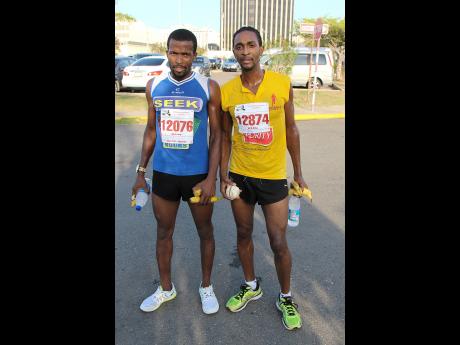 IT was another Kirk Brown show yesterday in the Burger King Portmore 5K and 10K - a stop on the Burger King Grand Prix Road series - as the 27-year-old made it three wins in a row by capturing the Men's 10K event in 31 minutes 41 seconds.

G.C. Foster College's Oshane Archibald, who was eighth last year, finished second this time around in 32:04, with third going to Dwayne Graham of Seek Books in 32:27.

Undoubtedly the most consistent male athlete on the road for the past five years, Brown, who won the event in 2013 and 2014, had things much easier this time as he led from start to finish for his convincing win. Despite his easy outing, Brown is not certain of competing in the final leg of the Grand Prix at the Reggae Marathon in Negril next month.

After a second-place finish in the Mandeville 7K event a few weeks ago, G.C. Foster College's Danielle James improved on her sixth-place finish a year ago by capturing the female race in 40 minutes 20 seconds.

Edwin Allen's Tereisha Jacobs finished second in 40:39, while Mandeville 7K winner Britnie Dixon of Vere Technical had to settle for third in 41:18.

Vere Technical and St Jago ruled supreme in the 10K among the high-school teams. Vere Technical, led by Dixon and Kris Ann Plummer, topped the female section with an overall time of 3:35.27. Hydel was second in 3:37.18, and Edwin Allen third in 3:39.47.