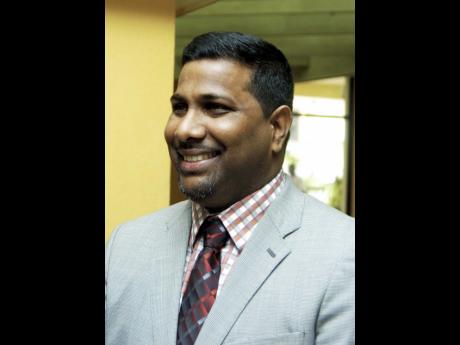 Former president of the West Indies Players Association (WIPA), Dinanath Ramnarine, has described as spot on, the recent recommendations of the Review Panel of the CARICOM Cricket Governance Committee, which, among other things, has called for the dissolution of the West Indies Cricket Board (WICB).

The panel, set-up in conjunction with the WICB, listed several shortcomings of the current board structure and management of the WICB, and its attendant territorial boards of Jamaica, Trinidad and Tobago, Barbados, the Windward Islands, the Leeward Islands and Guyana.

This, the review panel said, has resulted in continued decline of West Indies cricket, which languish at the bottom of the premier International Cricket Council Test and one-day international rankings.

"I can see the thinking, and the train of thought of the review panel, and believe the recommendations hit a lot of nails on the head," Ramnarine told The Gleaner.

"There is great urgency for restructuring, especially at the territorial board levels, which continue to operate at a level that does not support good governance." urged Ramnarine.

"For example, when last has Guyana had a proper, democratically elected board?

"The current structure of the WICB, and general structures of West Indies cricket, are weak, and has failed the people of the Caribbean, and I believe the time has come for serious change," he added.

"The WICB and Territorial Boards have been able to ignore the extent to which their operations lack transparency and accountability, because the current structures do not respect these basic tenets of good governance within their operations," said the panel.

"Our main recommendation (therefore) is that the Board should be immediately dissolved, and, all current members resign, and an Interim Board selected."

The Interim Board, the review panel recommended, should then work with a change management expert to install a new governance framework.

The panel also went on to explain that its suggestions are not too far from that of which Australia instituted in recent times, as a means of moving with a changed global business landscape.

Ramnarine, a former director of the WICB when he was head of WIPA, also commended the suggestion on an Interim Board.

"It is a good suggestion, and probably the best way forward at this time," Ramnarine said. "The board currently lacks the requisite persons with the right expertise to chart the way forward."