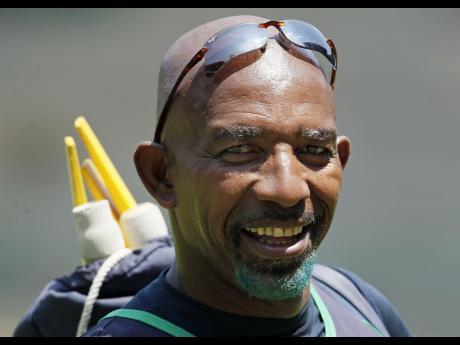 In a statement, WICB said Simmons, a former West Indies all-rounder, has accepted a reprimand from the board and publicly apologised for making inappropriate comments regarding team selection.

His reinstatement follows a recent meeting with the WICB Human Resource Committee after a public outburst in which he questioned the make-up of the One-Day International squad.

“The West Indies Cricket Board reinstated Phil Simmons today to his duties as Head Coach of the West Indies Senior Men’s Team,” the statement from WICB read.

The former Trinidad and Tobago cricketer was upset that all-rounder Dwayne Bravo and Kieron Pollard, whose services are in high demand in Twenty20 leagues around the world, failed to make the West Indies one-day international squad.

The WICB also announced plans to launch an investigation into the allegations made by Simmons, and take “necessary and appropriate action”.

“Going forward, and as a separate matter, the WICB will immediately investigate the allegations made by Simmons, and take the necessary and appropriate action following this investigation” the statement said.

Simmons took over as West Indies coach following the 2015 World Cup. He is now expected to lead the Caribbean side in their series in Australia next month.