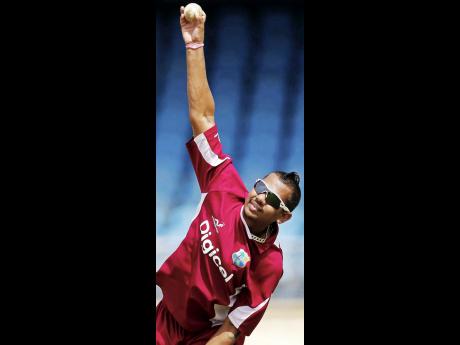 Two former West Indies cricketers say they are baffled by the latest decision by match officials to report spinner Sunil Narine to the International Cricket Council (ICC) for having a suspect bowling action.

Former off spinner Rangy Nanan and former opener Philo Wallace say they have been monitoring Narine's bowling and are convinced there is nothing wrong with his action.

"I am probably blind because from what I have seen of this man, he is bowling well within the limits of what is allowed in terms of bending of the arm by the ICC. I have looked at him closely and I can tell you from my experience he is bowling legally," said Wallace, during a comment as an analyst on the Sportsdrive show.

"I saw a split screen on the last game of his bowling and he is nicely side-on and when you adopt this position, it is very difficult to bend the arm beyond 15 degrees. In my opinion, Narine's action is even better than the Sri Lankan player Sachithra Senanayake who took four wickets in the T20 match."

Narine will now have to undergo testing on his action within two weeks, but will be allowed to continue bowling until the results of the tests are known.

He was also twice reported for a suspect action during last year's Champions League Twenty20 and was forced to undergo Indian Cricket Board-approved testing before he was allowed to turn out in the Indian Premier League earlier this year.

Nanan says he is surprised that Narine is being reported again and says he believes the Trinidad and Tobago spinner is being targeted.

"I looked at the bowling action of Narine during the matches and I am finding it difficult to understand why they are calling him," said Nanan, who also played for Trinidad and Tobago.

Narine, the leading bowler in the ICC rankings in both Twenty20 and ODIs, is the second West Indies bowler to be reported to the ICC during the series, with Marlon Samuels suffering the same fate following the second Test in Galle.