New recruit aims to give Boyz a lift 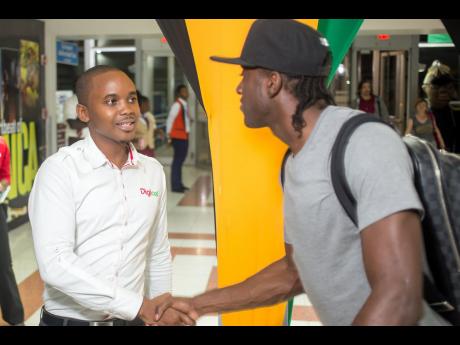 Donaldson, who currently plays for Birmingham in the English Championship, has a reputation for scoring goals and has been prolific for his last three clubs. And the player, who has two caps for England's C team, is also respected for his all-round play and wants to carry his good form into Jamaica's national set-up.

"I have been chosen to try to improve the (Jamaica) team and try to give my best and score goals. I have scored goals in England at all levels, so I am here and I will try to give my best and get goals for Jamaica as well," he told reporters following a press conference at the Pineapple Lounge at the Norman Manley International Airport on Monday.

Donaldson, now 31 years, admits he had aspirations of playing for England, but has long followed Jamaica's football, and the opportunity to play for his ancestral homeland just came.

"I watched some of the players in England, so I knew a lot of players. I grew up with Theodore Whitmore and Ian Goodison when they played at Hull City. I was a youngster coming through so I used to watch them all the time. So as time went by I knew for a fact that I wanted to play for the Reggae Boyz.

"I was playing League One before, so internationally you miss games. When you play in the Championship you can get international breaks where you can go and play for your country and not miss games for your club, and that was a major factor. So the opportunity came along this year," he explained.

"Also, my family from the past is Jamaican and it was easy for me to represent that. It was one of the main reasons, and once I got the opportunity I wanted to come and help Jamaica reach the World Cup," he added.

Donaldson says he knows the public will be very demanding when they face Panama in the first semi-final-round game at the National Stadium on Friday, beginning at 9 p.m., but he has no doubt he can get the job done.

"It will be a test, but I believe in my ability and that I can achieve something with Jamaica, and I have every confidence in my ability to come here and do well for Jamaica," he said.