‘We can level the series’, says WI skipper Sammy 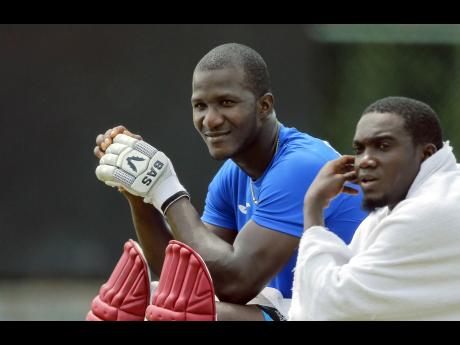 West Indies T20 captain, Darren Sammy, has described some of his teammates, including himself, as 'rusty' after they crashed to a 30-run defeat against Sri Lanka in the opening T20 International on Monday.

West Indies were dismissed for 185 with one delivery remaining in the innings while chasing an imposing 216 at the Pallekele International Stadium.

However, Sammy said he is confident that his side can level the series when the two teams play the second T20 in Colombo.

"I think probably with better planning in the batting order we could have gotten closer, but we are playing the number one team in the world and they showed why they are number one," said Sammy.

"Some of us seem quite rusty. We have not played T20 for almost 10 months. Yes, but we are looking forward to Colombo and I believe we can come out and level the series."

The West Indies never recovered from 29 for two in the fifth over and failed to keep up with the required run rate of nearly 11 an over.

The highlight of their batting was opener Andre Fletcher, who smashed 57 off 40 balls - his fourth T20I half-century, while and Kieron Pollard chipped in with 26 and Dwayne Bravo, 24.

"I think from looking at the game we were under pressure from the first six overs. We tried to catch up them but they kept coming at us but we did not react, or respond well enough," said Sammy. "But with that said, we backed ourselves to chase down the target and we looked at 30 runs that's two big overs."

The second and final T20 international will be played today.