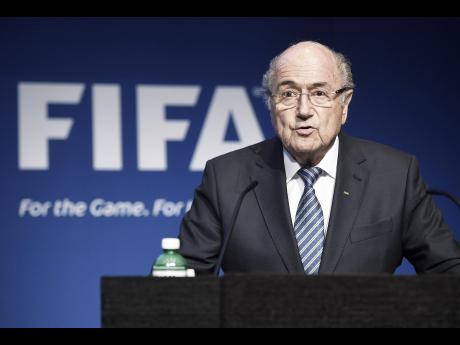 European-based Keisuke Honda and Maya Yoshida scored Japan's second and third goals in a 3-0 win in Singapore to put them top of Group E, above Syria.

Australia bounced back from October's loss in Jordan to defeat Kyrgyzstan 3-0 in Canberra and move within a point of Jordan.

The 79-year-old Blatter spent about a week having his health assessed about a month after he was suspended for 90 days by the FIFA ethics committee.

Adviser Klaus Stoehlker told The Associated Press that Blatter was discharged on Wednesday. He said that Blatter's daughter Corinne has taken him to his hometown of Visp to relax before he returns to his private office in Zurich next week.

After speaking to Blatter yesterday, Stoehlker said, "He's very motivated to fight against his suspension."

Blatter is awaiting the full verdict from the FIFA ethics case into a payment to Michel Platini that he authorised in 2011. The UEFA president has also been suspended.