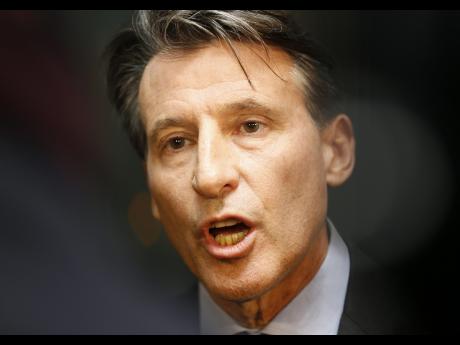 Russia's track and field federation was provisionally suspended yesterday by the sport's governing body, keeping the country out of international competition for an indefinite period - possibly including next year's Olympics in Brazil.

The suspension was approved by a 22-1 vote during a teleconference of the 27-member council of the International Association of Athletics Federations (IAAF).

The IAAFs president, Sebastian Coe, convened the meeting after Russia was accused of widespread, systematic doping in a report released Monday by a World Anti-Doping Agency (WADA) commission.

Coe was under heavy pressure to take tough action, despite efforts by Russian officials to avoid a blanket ban by agreeing to cooperate and make reforms in their anti-doping system.

The suspension will take effect immediately, barring Russian athletes from all international track and field events until the country can prove it has put its house in order. It's the first time the IAAF has ever banned a country over its doping record.

The Russian federation is likely to be given a month or so before appearing at a disciplinary hearing where the IAAF could then elevate the sanction to a full suspension.

The IAAF and WADA will need to set out the terms for what the Russians need to do to get a suspension lifted, including complying fully with the global anti-doping code.

With the Olympics in Rio de Janeiro nine months away, the big question is whether Russia's track team will be allowed to compete in the Games.

Some Olympic officials have said Russia should have enough time to take the necessary steps to make it to the Olympics, which run from August 5-21.

Russian sports minister, Vitaly Mutko, said yesterday he is "completely sure" that Russia will be able to compete at the Olympics. Speaking before the IAAF meeting, he said he thought any suspension would be short.

"We may miss one or two competitions, but for athletes with clean consciences to miss the Olympics or a World Championships would be real stupidity," he said in Moscow.

In the short term, the suspension will keep Russia out of a dozen or so international events, the rest of this year, including the European cross-country championships in France on December 13. The athletes could then miss the indoor season, including the World Indoor Championships in Portland, Oregon, from March 17-20.

Other big events that Russian runners could be ineligible for include the Boston and London Marathons in April.

Russian athletes would be eligible to compete in their own national events during a ban, which only covers international competition.

Some officials, including IAAF vice-president, Sergei Bubka, the pole vault great from Ukraine, had argued against a blanket ban, saying it would penalise "innocent" athletes who haven't been found guilty or implicated in doping.

However, the report by the WADA panel outlined a deep-rooted, systematic doping system that cast doubt on the entire Russian athletics programme, making it difficult to judge which athletes are clean or not.