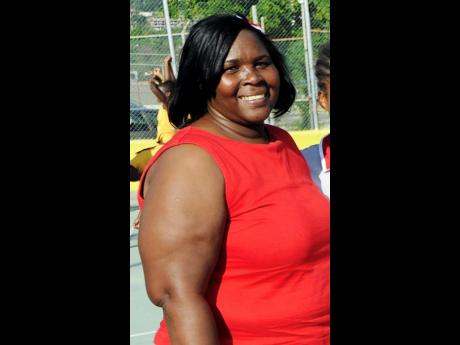 RAIN brought an early end to Thursday's schedule of matches in the Inter-Secondary School Sports Association (ISSA) urban netball competition at the Leila Robinson Courts as only two of six senior matches were finished.

Defending champions The Queen's School remained unbeaten as they picked up their third win of the round, turning back the previously unbeaten St Catherine High 39-28.

The Marvette Anderson-coached team is now on top in Group One with nine points and look set to top it off, with two matches to go.

In a clash of unbeaten teams, Queen's had to battle hard against a very young and fighting St Catherine team as the Phyllis Thompson-coached girls stayed toe-to-toe with their opponents, especially in the first two quarters. Queen's led 6-5 after the first, and in the second quarter, St Catherine had many opportunities to score, but had too many turnovers and trailed 15-13 at the half-time break.

It has been a trend this season for the champions to start out slowly then pick up in the second half, and it was the same story once again, with Queen's lifting their game to win handsomely in the end.

St Catherine, despite losing their first game of the season, remain second on six points.

In the other completed senior game, Tarrant picked up their first win of the round, defeating Excelsior High 27-22 in a Group One encounter.

Following their exciting tied game with the champions a week earlier, Camperdown High were once again involved in a thriller, battling to an exciting 24-24 tie with St Hugh's. The east Kingston-based Camperdown are now on five points and are second in Group Two.

The defending champions, in the meantime, picked up their second straight win as they got by Holy Childhood, 29-20, to be on seven points, topping a competitive Group Two.

Both Norman Manley and Gaynstead stayed on course for a big clash on Tuesday as both teams picked up their third win in a row in Group One to be on nine points each. Gaynstead were very impressive in turning back Campion College 34-5, while Norman Manley got by Alpha 23-13.