Bolt among World Athlete of the Year finalists 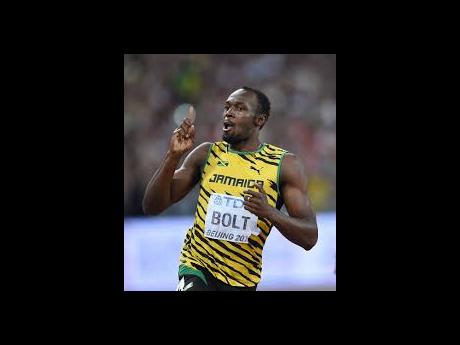 Jamaican sprinting superstar Usain Bolt and the American pair of Ashton Eaton and Christian Taylor are the three men’s finalists for the 2015 IAAF World Athlete of the Year award.

Bolt successfully defended his 100m, 200m and 4x100m titles at the IAAF World Championships in Beijing in August and clocked a world-leading time of 19.55 when winning the 200m.

Meanwhile, Eaton won his second successive gold medal at the World Championships, setting a decathlon world record of 9045 points. Within his series, the US athlete set a world decathlon best of 45.00 for 400m.

Taylor won the triple jump title in Beijing with a North American record of 18.21m, the second-best jump in history. The US jumper also won the Diamond Race title in his event.

Last month the IAAF Family, which includes top athletes and agents, IAAF officials and selected media representatives from around the world, was asked to select nine men and nine women from each of the following categories: sprints, hurdles, middle and long distance, road running, race walking, jumps, throws, combined events and multi-terrain.

The top-voted athletes in each category formed the long list, from which an international panel of 10 experts selected the three finalists.