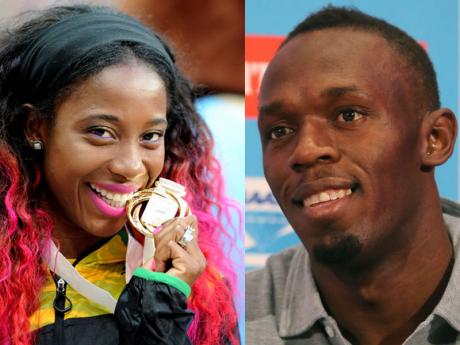 Jamaica's sprint stars Usain Bolt and Shelly-Ann Fraser-Pryce head a list of eight Jamaicans who have been nominated for individual honours at the Caribbean Sports Journalists’Association (CASJA) Awards.

Bolt, the reigning world 100 metres and 200 metres champion, leads the list of nominees for the Sportsman of the Year, where he is up against countryman O'Dayne Richards and Kirani James of Grenada.

Meanwhile, Fraser-Pryce is one of 11 nominees for the Sportswoman of the Year award, that includes compatriots Stafanie Taylor, Alia Atkinson and Danielle Williams.

The other leading nominees are Shaunae Miller of the Bahamas and Trinidadians Kelly-Ann Baptiste and Michelle Lee Ahye.

Calabar High School's 400 metres star, Christopher Taylor and Akeem Bloomfield of Kingston College have both been nominated for the Male Rising Star award while Shericka Jackson has been nominated in the female equivalent.

Jamaica’s quartet of Nesta Carter, Asafa Powell, Nickel Ashmeade and Bolt leads the nominations in the Male Team of the Year category.

They set a world-leading time of 37.36 seconds to win the 4x100 metres gold at the IAAF World Championships in Beijing in August.

The winners will be announced on Monday, November 23.