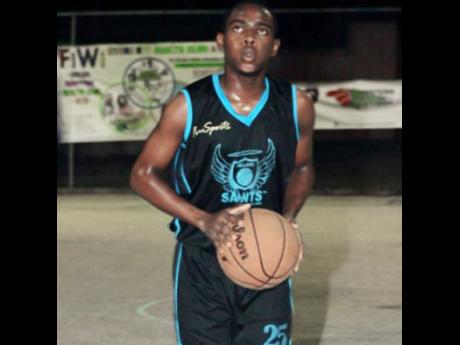 The sport of basketball in western Jamaica is mourning the loss of Hugh Smith, a stellar three-point specialist formerly of Holland High School in Trelawny, who drowned in Coopers Pen on Sunday.

Smith spent five years playing for Holland at the Under-16 and U-19 levels and picked up a number of Inter-Secondary Schools Sports Association individual awards along the way.

He was also a perennial All-Star player for the Western Conference and held down the shooting guard role for the Holland Saints Basketball Club that won the Western Basketball Championship in 2015.

Holland coach Ricardo Brooks said the news of his death has saddened the entire school and is a big loss to Saints Basketball.

"Hugh was a very helpful, jovial and charismatic individual; anybody who came in contact with him would know that. He was well liked and will be sadly missed," coach Brooks said.

"It's very shocking, to say the least, and our hearts go out to the family at this heart-wrenching time of loss," added Brooks.

The 20-year-old Smith, who last wore the deep blue of Holland High in last year's Under-19 championship, went on to help launch Holland Saints Basketball Club, one of the most successful in the Western Conference.

Brooks, who also coaches the Saints, said that Smith's impactful play will be missed on court.

"His presence on the basketball court was always a calming influence and that will be missed by the entire Saints team. We are mourning a really good human being and a great young player," said Brooks.

Smith, who was also head boy at Holland High, went fishing with friends on Sunday, when, according to reports, he fell and disappeared under water. His body was retrieved on Monday morning.