Netball Ja not in the red - Bernard 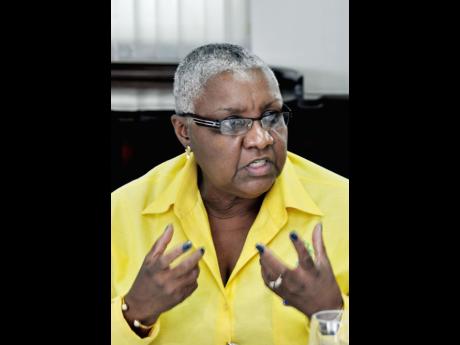 Daley Morris, who was officially sworn in as president during NJ's annual general meeting on Saturday, during an interview with The Gleaner, published on Wednesday, November 18, in reference to the financial standing of the organisation, was quoted saying: "My biggest challenge is funding. We are in the red, and it's not easy to take over something in the red, and that is why we have got to get a handle on things so we can come out of the red."

But according to Bernard, while Netball Jamaica is not awash with cash, it is not in debt. In an email obtained by The Gleaner, which was sent out to members of Netball Jamaica's hierarchy, Bernard stated, "In response to the article in (today's) Gleaner ascribed to President Paula, I wish to apprise you of the fact that the organisation was not left in the red. I agree that our biggest challenge is funding, but we are not in the red."

The Gleaner understands that prior to last weekend's AGM, there was a board meeting to approve the audited financial statements as at June this year. Daley Morris was in attendance at that meeting along with the Chairperson of the Audit and Finance Committee, Millicent Hughes. An interim report on the income and expenses for July to October was presented to the AGM on the weekend and a balance sheet and cash balance were presented to the new president and her team.

In the email, Bernard outlined that as of October 31, 2015, after all expenses associated with Netball World Cup in August had been paid, Netball Jamaica had J$6.2 million in several bank accounts. In addition to the money in the accounts, there was also in excess of $6 million coming in from sponsors, and other contracts were being negotiated. Netball Jamaica also has more than $3 million in investments.

Bernard revealed that there are ongoing negotiations with Best Dressed, which is expected to return as sponsors as well as a deal for petrol for the team buses. There are also sponsorship deals from Berger Paints, Sunshine Cereals, Jamaica National Building Society, and Supreme Ventures that will be triggered early next year once the respective domestic leagues begin.

There is also a deal in place with Tastee to provide meals for members of the Under-21 team up until December 31, 2015. The Under-21 team is the only one without a sponsor at this time.

The past president also outlined the organisation's debts. "Yes, we owe and the major creditor is the Independence Park Limited. The current portion of that debt is $3million. We must pay down that and I will be vigorously working to get the GOJ to write off the amount of $9 million capped at 2013," she stated.

The immediate past president warned that ill-advised public statements could only harm the association as it seeks to move forward under new leadership.