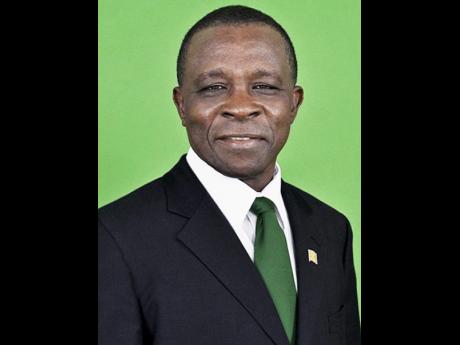 Grenada's Prime Minister, Dr Keith Mitchell, yesterday slammed what he called an "amazing level of disrespect" on the part of West Indies Cricket Board (WICB) president Dave Cameron, as pressure continued to mount on the beleaguered Board to meet urgently with CARICOM leaders over the Governance Review Panel report.

Mitchell, the chairman of CARICOM's Cricket Governance Committee, stopped short of issuing an ultimatum to the WICB but urged Cameron to rethink his decision not to accommodate a meeting with regional heads before the board of directors meeting on December 12 in St Lucia.

Cameron has been adamant about the WICB's inability to accommodate the Caribbean leaders prior to the already scheduled meeting and reiterated this position in written communication to CARICOM Secretary General Irwin LaRocque on Tuesday.

"It is quite amazing the level of disrespect. The level of lack of understanding of the importance of this is quite frightening, and I don't think I should hold back any words," Mitchell said bluntly as he spoke on the last day of the OECS Summit here.

"We expect no less, and I hope and pray that what we saw was a rush of blood and not his (Cameron) real intentions, so I expect to see a meeting very, very soon between the leadership, and we are waiting for that answer to meet quickly to move cricket forward in the region."

The salvo from the veteran Caribbean leader is the latest in the standoff between the WICB and CARICOM following the release of the Governance Review Panel report earlier this month.

Chaired by UWI Cave Hill Campus principal Professor Eudine Barriteau, the panel had as its main recommendation the "immediate dissolution of the West Indies Cricket Board and the appointment of an interim board whose structure and composition would be radically different from the now proven, obsolete governance framework".

Cameron, while speaking in The Cayman Islands last weekend, again stressed that scheduling an "urgent meeting", as had been requested by CARICOM, was impractical as the board needed time to go over the report.

Also, he said there were "a number of professionals who sit on the West Indies Cricket Board and just calling a board of directors meeting is not that easy."

The statement provoked Mitchell's ire, forcing him to respond.

Mitchell said though regional leaders were extremely busy, they were willing to sacrifice the time to discuss the pressing issue of Caribbean cricket.

The panel was commissioned by the CARICOM Cricket Governance Committee back in April, with input from the WICB.