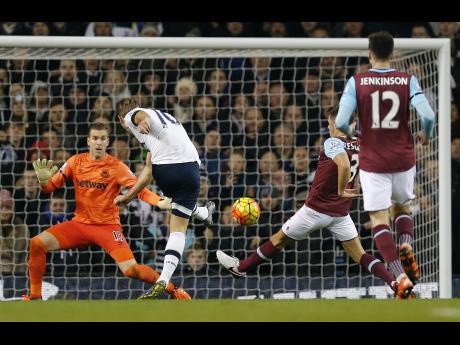 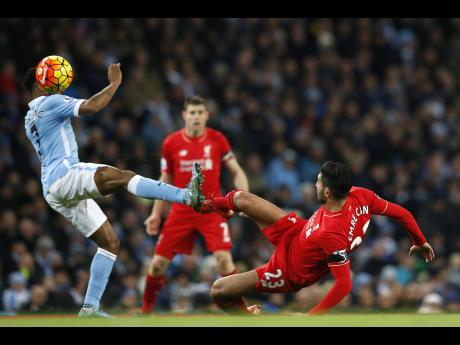 Although Spurs remain fifth in the standings after the result, the north London team firmly reasserted its claim for a Champions League berth and equalled a club record by going 12 games unbeaten in the Premier League.

Kane was sharp up front, the midfield axis of Dele Alli, Eric Dier, and Moussa Dembele dominated in midfield and the defence looked comfortable against a West Ham team that began the day equal on points with Spurs after its best start to a Premier League season.

The result was never in doubt, though, once Kane opened the scoring in the 23rd minute, with the forward spinning past Carl Jenkinson to shoot from inside the box.

Spurs defender Toby Alder-weireld was unmarked when he doubled the lead in the 33rd, nodding in a Christian Eriksen corner.

Kane screwed the ball horribly wide, with only goalkeeper Adrian to beat before half-time, but made amends in the 50th minute, drilling home following some calamitous West Ham defending. It was his eighth goal in his last five games for the club.

Defender Kyle Walker sealed the win with a shot in the 83rd minute, although Manuel Lanzini claimed a consolation goal for the visitors in the 87th.

"It was one of the best performances of the season. We are very proud of the players, very pleased with many things. The best word to describe it is proud. I'm proud of them," Tottenham manager Mauricio Pochettino said.

"You can feel from the touchline the players believe in the way we play."

West Ham sorely missed the creativity and drive of midfielder Dmitry Payet, who has been sidelined by an ankle injury.

"We played really badly, but we have to admit they had a really good game of football. They were quicker than us; they were physically stronger than us; they scored goals, grew in confidence, and then they were really skillful," Bilic said.

Newly capped 19-year-old Spurs and England midfielder Alli impressed in particular with his non-stop running and vision, breaking down West Ham attacks in his own half, while carving out chances for his team in the opposition's.

However, the combative midfielder received his fifth yellow card of the season, and will be absent for next week's match against Chelsea.

The result leaves Tottenham with 24 points, two behind Arsenal and Manchester City, and West Ham in sixth with 21. Leicester City are the surprise league leaders with 28 points, one more than Manchester United.

London police said yesterday that a 35-year-old man was in stable condition in hospital after being stabbed outside the ground before the game. West Ham said the man was one of the club's supporters, but had no further details.