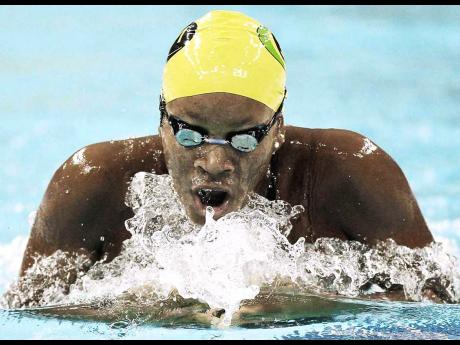 Alia Atkinson was the fastest in the world in the 100-metre breaststroke for 2015. At the FINA/Airweave Swimming World Cup in Dubai on November 6, the iconic Jamaican swimmer produced 1:05.93s to win gold.

As she continues her preparation for the Olympics in Rio 2016 where she intends to win her first Olympic medal, Atkinson knows she has to be faster than ever to have a shot at that elusive medal.

This past summer, Atkinson became the first Jamaican ever to win medals at the Long Course World Championships in Kazan, Russia, where she won two medals. Already, she has an idea of what it will take to win an Olympic medal.

"There is a number in my head, but in swimming, there is always a youngster that will just pop up, so I have a time, but there are also eight or nine people who can get that time to win a medal, so probably a low 1:05," she said.

The reason behind Atkinson's burgeoning confidence can be linked to her success in the pool since London 2012, when she finished fourth. In December 2014, she became the first black woman to win a World title at the FINA Short Course World Championships in Doha. She won the 100m breaststroke in a World Record 1:02:36 ahead of Meilutyte 1:02.46. Since then, she has set several national records and taken on and beaten the world's best in the FINA World Cup series, establishing herself as an elite swimmer.

Along the way, she has become a lot more confident.

"That Alia was still lacking in confidence. She was shocked every time she made it into finals, and she felt like this was fine. The Alia now is like, 'You've made it to the finals. This was my plan, so now let's make it onto the podium.' The difference now is that I have the confidence, and I know I can do it."

She revealed that when she set the world-best time in Dubai, she didn't feel as if she was close to her limit.

"I felt like the 1:05.93 wasn't everything that I had. I still feel like I could produce a faster time right now. So if I think I can produce a faster time with more training and tapering down again, I should be able to get a little bit faster to 1:05 low, or, hopefully, even 1:04," she said. "But for me, it's confidence, because I have to have the confidence to go out fast and know that I can come back fast."