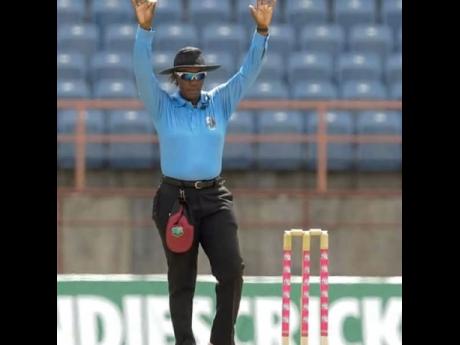 Jamaican Jacqueline Williams has been named to stand in the ICC Women's World Twenty20 qualifiers, which bowl off on Saturday in Thailand.

The West Indies Cricket Board (WICB) said yesterday's decision had been made to fast-track the 39-year-old in order to get her named to the umpires panel for the 2017 Women's World Cup.

Williams recently made her international debut, when she officiated in the first games of the one-day international and Twenty20 International series on Pakistan Women's recent tour of the Caribbean.

"This along with her historic appointment to stand in the WICB Professional Cricket League Regional Four-Day tournament and involvement in the international women's matches against Pakistan are all a part of her preparation and training," said Roland Holder, the WICB's cricket operations manager.

"The WICB has also assigned Peter Nero from its International Panel of umpires to assist Jacqueline with the preparation process and in her development as an umpire."

Williams is yet to stand in a regional first class game, but is poised to become the first woman to do so on her return from the qualifiers, which wrap up on December 5.