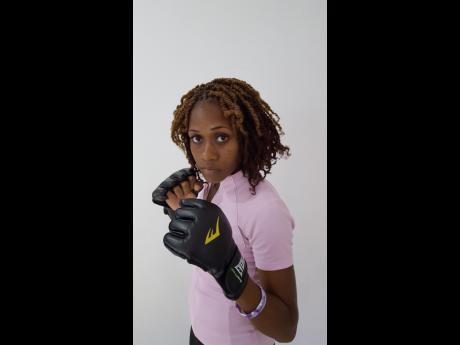 The Open is a German qualifier for the World Championships to be held in Stuttgart, May 2016.

Cunningham shone at the ISKA US Open in July, winning her three fights in leading Jamaica to a silver medal in the Gold Cup won by Germany.

Her coach, Jason McKay, said the Stuttgart tournament is being used as a launch pad for Cunningham, who won a bronze medal in sparring at the International Taekwon-Do Federation 2011 World Championships, to add an ISKA world title to her trophy case.

"She is set to retire in five years. The aim is for her to win the World Championships next year and hold that title until she retires. That would be an ISKA record," McKay said yesterday.

"This championship is to sensitise her to the environment, get her acclimatised and sensitised to German fighters. Though five Jamaicans have won ISKA World Championships gold, none has ever defended it.

Cunningham admitted she hasn't competed much locally or internationally this year because of an injury sustained at the ITF World Cup in Montego Bay last August. However, she believes she will be ready by Saturday.

"In fitness, I would say I am at about eight out of 10. By the time I get there, I should be physically ready, doing both continuous and points sparring. I don't believe I have done that in years. Preparing for that is very hard, but my coach gets me ready for anything," said the petite 30-year-old, who normally fights at -50.0 kilos, but will be in the minimum -57.0 kilo category.