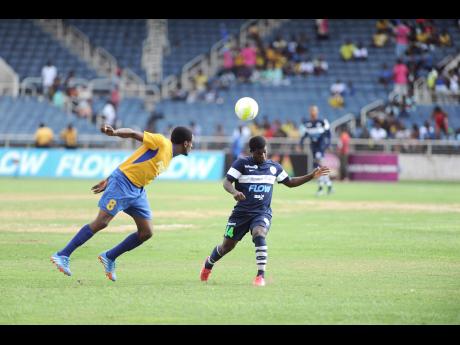 Disappointed with the low crowd attendance at last weekend's ISSA-FLOW Manning Cup semi-finals at Sabina Park, the organisation has changed the venue from the 25,000-capacity National Stadium to Sabina Park for this weekend's Manning Cup final and third-place play-off matches.

George Forbes, ISSA's competitions officer, told The Gleaner that Saturday's crowd attendance was "a drop in the bucket", adding that those numbers would make it unsustainable to host the final at the National Stadium.

"It's not a cost factor (stadium expense). We just looked at the numbers that came to the semi-finals, and we couldn't use that number to rent the stadium. It would be a drop in the bucket," Forbes outlined in a telephone interview.

"People always talk about ISSA not giving enough good surfaces to play on, and for the semi-finals, we did, and the crowd was very disappointing.

"Only 11,000 capacity will hold in Sabina Park, so the earlier supporters come out, the better.

"Tickets will be on a first-come, first-served basis," the competitions officer stressed, adding that ISSA's budget for hosting games is drawn up every two years.

Finals day will kick off with a third-place play-off between Jonathan Grant High and Denham Town High at 3 p.m.