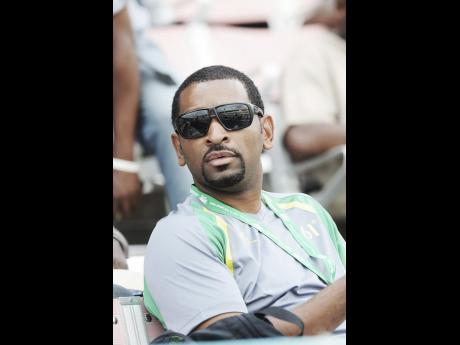 Riley, who is head coach at Excelsior High School, says Jamaica has the talent. He believes this goal could be achieved by better management of Jamaica's jumpers, the introduction of specialist jump meets, and a broader Jamaican view of the sport.

He noted that the jumps, and especially the triple jump, exert huge forces on the body.

"If you're not physically prepared for that, you're just not going to endure."

He believes that coaches have a key role in developing a crew of top jumpers.

"Injuries are a mitigating factor and the whole concept of managing the athlete and jump management - how many times you jump even in training, just modifying your training techniques so you can last," he expounded.

Injuries also affected the progress of Tarik Batchelor, who was also a prospect. Bailey, Gordon and Batchelor were dominant at Boys and Girls' Championships in both the long and triple jump.

Riley thinks Jamaica has seen good prospects emerge in the last three years, but said "we have to take a more active involvement whether they remain local or overseas".

He routinely calls coaches who have his former athletes to get updates and share information.

"I have an interest as a Jamaican, and I know that as a coach, I would love to get some information from the previous coach as to what works for the athlete so that his training or her training is a continuation," he continued, "and that sometimes is where there is a missing piece."

According to Riley, the time is right for specialist jumping meets similar to the throwing series pioneered by his Excelsior coaching colleague, Michael Vassell.

Noting that Jamaica College had hosted such a meet a few years ago, he said: "The thing died unfortunately, but we have to take a mature approach and maybe if we can't get sponsors for it, maybe that would be the kind of thing the JAAA would sponsor, for development."

With improved facilities, he sees possible success just over the horizon.

"We can certainly be successful within three to four years," he asserted. "The interest is there. The talent is there."

Riley is certain that the allure of the sprints is an obstacle to progress in the jumps.

"That's a big issue and part of it is because we are immature with respect to an outlook on track and field," he suggested. "We see track and field as track and it's not even just track.

"We've only now seemed to turn around in having an interest in the 400," Riley offered, "because we see some glimmer of success at the junior level and we hope that will translate into the seniors."