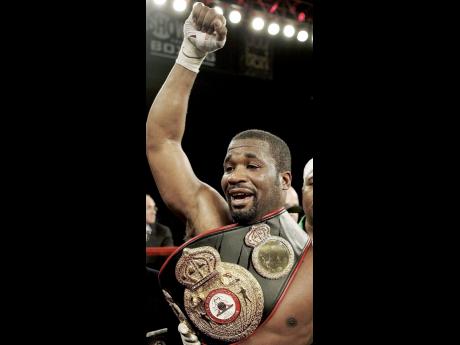 An officer found the 40-year-old lying in the street.

A Reuters news agency report said another man nearby had also been shot, but survived.

The survivor, who was taken to a local hospital, told police he and Bell were shot after first being robbed when they stepped off the bus.

The report said no arrests have been made.

Bell was born in Jamaica and became known as 'Supernova' throughout his career.

He was the undisputed cruiserweight champion in 2006.

He has won the World Boxing Council, World Boxing Association and the International Boxing Federation titles.

Bell had a 27 boxing wins, four losses and one career draw.

Twenty-five of his victories were by knockout.