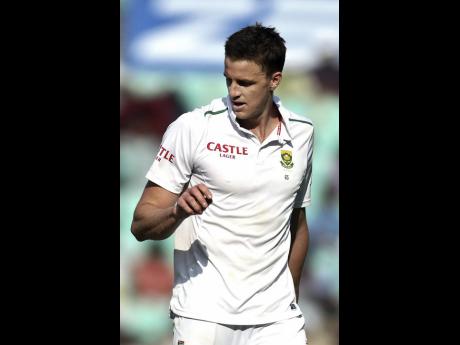 Portsmouth Primary advanced to the semi-finals of the Institute of Sports (INSPORTS)/Chubby Portmore Primary School Football competition on Tuesday, with a 3-1 victory over Gregory Park Primary.

The win pushed Port Henderson in the runner-up spot in Group One, which was topped by Portsmouth Primary.

In another Zone One match on Tuesday, Southborough Primary beat Kensington Primary 4-2. Also securing their spot in the semis on Tuesday were Naggo Head Primary, which beat Greater Portmore Primary 2-0 to cement their place atop Zone Two. Belmont Park Primary clipped Ascot Primary 1-0 in the other group game earlier this week.

The semi-finals will take place next Tuesday at Cedar Grove Community Field, with Portsmouth Primary tackling Waterford Primary at 10:00 a.m., followed by the second semi between Naggo Head Primary and Port Henderson Primary at 11:30 a.m.

The final will be played at the same venue on Thursday, December 3.

FIFA will host a coaching course from November 30 to December 4, which will focus on the coaching of female players. The course will be under the instruction of well-known former England international footballer, Hope Powell. The course, which will be held at the Jamaica Football Federation (JFF) Football Centre, UWI, will have as participant coaches from the Sherwin Williams Women's League, selected former national female players, national coaches, and representatives of parish associations.

The JFF has also invited G.C. Foster College, the University of Technology and the Ministry of Education to send representatives.

The JFF's coaching development programme is supported by the Joan Duncan Foundation of the Jamaica Money Market Brokers.

Team and individual finals in the intercol table tennis competitions will be played today at G.C. Foster College, starting at 9:00 a.m.