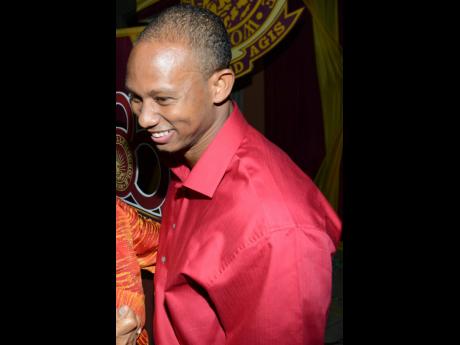 Frater is one of six appointed to the commission by the IAAF Council.

Frater, as well as Fabiana Murer (Brazil), Paula Radcliffe (Great Britain), Alina Talay (Belarus), Ashton Eaton (USA), and Ezekiel Kemboi (Kenya), were appointed for the 2016-2019 period. A new chairperson will be decided by the commission when they hold their next meeting in January/February 2016.

Frank Fredericks, the out-going chairperson, will continue in an honorary capacity to assist the commission during the transition and in their general contact with the IAAF Council.

The IAAF Athletes' Commission is made up of 18 members, 12 of whom are elected by their peers, and six appointed by the IAAF.

Frater took silver in the 100m at the 2005 IAAF World Championships in Helsinki. After finishing sixth in that event at the 2008 Olympics, he formed part of the victorious Jamaican 4x100m team, setting a world record of 37.10.

Frater also won 4x100m gold medals at the 2009 and 2011 World Championships and the 2012 Olympics, setting two more world records in the process.