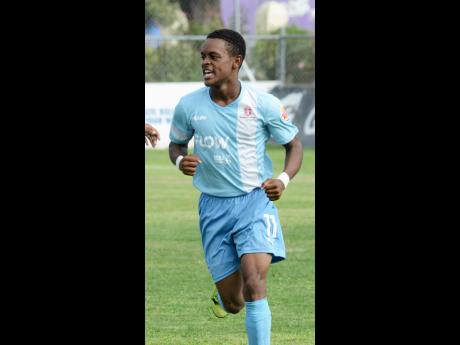 Marshall, who had a hand in all four goals in St George's dominant display in the recent FLOW Super Cup final, said JC will be tougher rivals today.

"I know it's not going to be the same. They are going to come bigger and stronger, so we just have to go out there and play our type of football. The team (St George's) will put on a show, not Alex," the forward who has scored 26 goals in all competitions said.

Marshall believes his team is good enough to take the Manning Cup back to North Street for the first time since 2012.

"All we have to do is just go out there and play our game, and hope for the best.

"It's a team effort, I can't say I am the main man to get the goals," he told The Gleaner.

Marshall has had his way with schoolboy defence line-ups this season with his clever dribbling and comes into today's match on the back of a hat-trick against Jonathan Grant in last weekend's newspaper.

"I just pick a spot and go for it," he said of his relatively free scoring form.

"I am happily looking forward to continue scoring in the final; 30 goals is my mark," he stressed.