We will play our game, says JC skipper 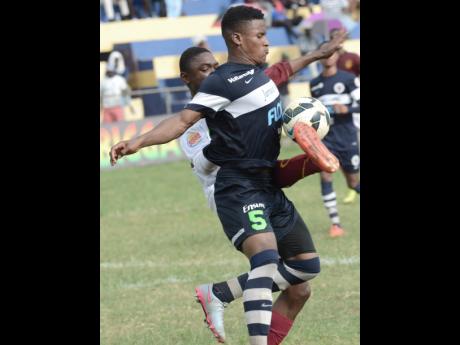 Jamaica College's captain Allando Brown says their 4-0 mauling at the hands of St George's College in the FLOW/ISSA Super Cup final two weeks ago is now in the past.

The Old Hope Road school's ace defender said St George's are the favourites to win today, but they are eager to avenge that defeat and retain the Manning Cup.

He insisted that St George's were only better on the day, and he has full confidence in his team to deliver a better performance against their North Street rivals.

"On the day, they were better. We lost the (Super Cup) game, but this (Manning Cup) is really our focus. We tried to play St George's game (in Super Cup final) and that didn't work, so we are coming with our normal game. Look for a better performance from us, and hard work and guts as always," he added.