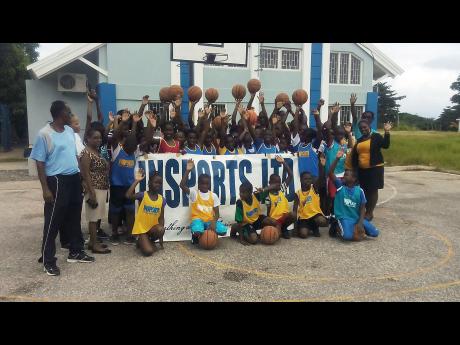 Contributed
Teachers and students who participated in the Institute of Sports basketball clinic and seminar show appreciation, during the activity at Watson Taylor Park in Lucea on Wednesday. Over 50 children, drawn from primary schools in the parish, participated in the project, which included passing, shooting and dribbling drills. 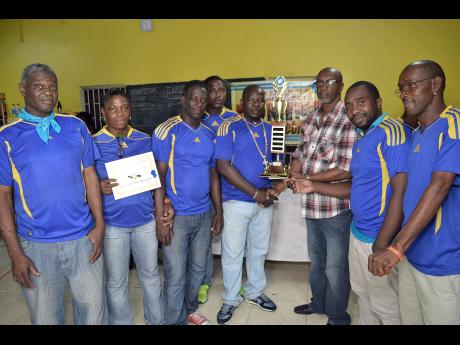 Primary school children in Hanover got a new experience with exposure to the sport of basketball, at the Institute of Sports (INSPORTS) clinic and seminar, which took place at Watson Taylor Park in Lucea.

"This is the first time that most of these kids had ever seen or played basketball," noted INSPORTS officer, Calvin Martin.

"There had not been any such activity for primary school kids. They were very excited, and for the kids it was a new experience playing a new sport that they had not played before," he added.

"The project focused on the fundamentals - passing, dribbling and shooting - and there were over 50 kids."

Martin, who is also president of the powerful Southern Conference Basketball Association, noted that the clinics are part of the agency's drive to develop the sport right across the island, and they will be conducting another in a couple months.

"INSPORTS is doing a lot of work with primary schools in different sports. In January, we're going to be doing another one (basketball clinic), but the date has not been set as yet," he outlined.

"Then after GSAT there's going to be a tournament," he said, relating to the final-year examinations for