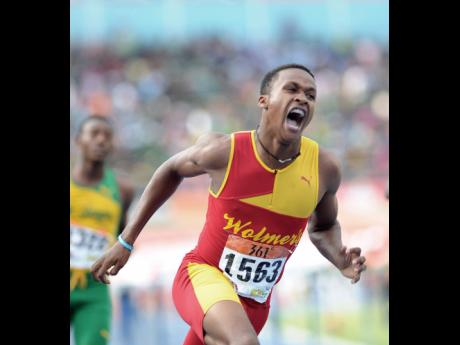 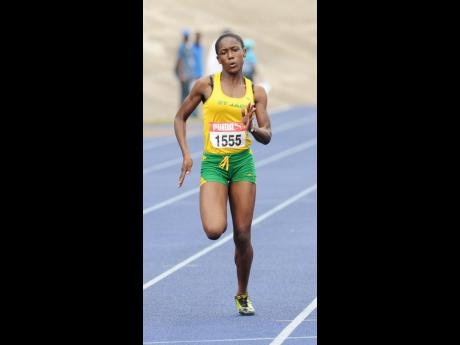 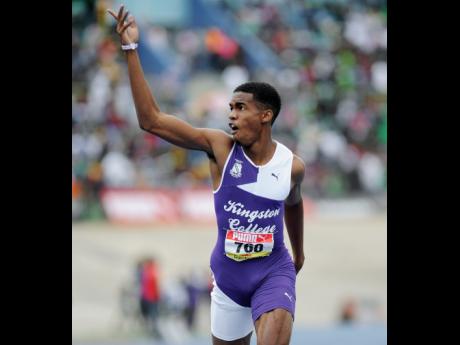 It's like a nightmare you want to end. The investigations concerning high-level drug test 'bandooloo' mar our collective memory of competitions past.

Yet, the fallout from the Russian scandal had produced one positive outcome and that is the opportunity to bid to host the 2016 World Junior Championships.

With Russia banned from hosting International Association of Athletics Federations (IAAF) events, the memories of the 2002 World Juniors have come rushing back. One writer on Facebook, Donovan White, says his recollections give him goose pimples. Like everyone else who was there during the Kingston staging of those memorable days in July 2002, White recalled the sea of yellow shirts filling the National Stadium night after night, heightened goodwill and the rise of patriotism that were part and parcel of that event.

By the time the World Juniors came to Kingston, attendance had gone flat since the meet's inception in 1986. Before and since, this flagship Under-20 championship has been contested in front of empty seats instead of cheering fans.

By contrast, Kingston roared when super Swede Carolina Kluft and Croatia's Blanka Vlasic did victory laps carrying their own national flags and the black-green-and-gold. When 15 year-old Usain Bolt saluted fans after his 200-metre victory, they engulfed the young titan with love.

Understandably, Ethiopian Meseret Defar was applauded for her 3000/5000 double.

Housed at the University of the West Indies and the University of Technology, competing teams travelled with ease to the stadium for their events. The warm-up track at Stadium East brought Jamaica in line with international regulations and made hosting the event a breeze.

Those elements are still in place and if a bid were made to host the 2016 Championships, The Mico University College could make its student accommodations available too. By the same token, the UWI/Usain Bolt Track could be an additional practice venue for all the teams.

The National Stadium has hosted international events since it opened in 1962 for the CAC Games. The Commonwealth Games followed in 1966. With Boys and Girls' Championships and the 12-year-old Jamaica Invitational run to international standards, Jamaica can claim to be among the world leaders in staging high-calibre athletics.

One major expense would be avoided this time. In 2002, the National Stadium track was relaid for the World Juniors. Today's blue surface was laid in 2011 and is in good condition.

For a point of comparison, one set of figures pinpoints the 2015 resurfacing of the G.C. Foster College track at J$171 million.

To see them against young American hopes like Candace Hill, Kaylin Whitney and Sydney McLaughlin, the Japanese World Youth 100/200 champion Sani Brown and Caribbean sprint gems Mario Burke of Barbados and Khalifa St Fort of Trinidad and Tobago is a dream for every sports fan.

The key question is where will the money come from. Given that our Bahamian friends reportedly lost money on the 2014 World Relays and with our exchange rate at J$120 to US$1, that question will have to be answered before the green light goes on. If staging the World Juniors passes the financial test, then the world can come back to Kingston.

- Hubert Lawrence attended the 2002 World Juniors and the 2003 Netball World Cup, both held at Independence Park.