16 more FIFA bigwigs in US net 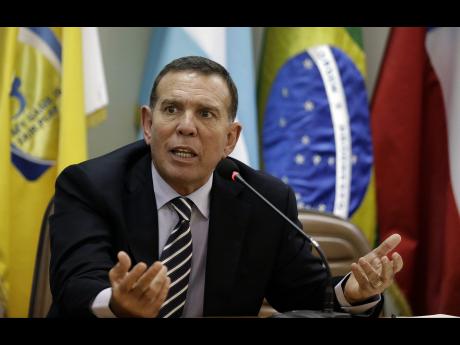 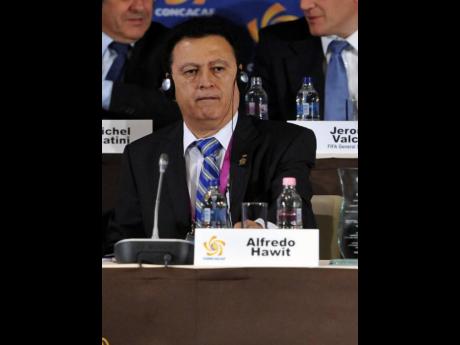 "The betrayal of trust set forth here is outrageous!" US Attorney General Loretta Lynch said. "The scale of corruption alleged herein is unconscionable!"

Led away by Swiss federal police in a pre-dawn raid at a Zurich hotel were Juan Angel Napout of Paraguay, president of the South American confederation, and Alfredo Hawit of Honduras, head of the North and Central American and Caribbean governing body. The arrests came just before FIFA's executive committee met to approve reform measures.

Ricardo Teixeira, a former Brazilian federation head, also was indicted. He is the former son-in-law of Joao Havelange, who was FIFA's president from 1974-98. In addition, former CONCACAF president Jeffrey Webb and former executive committee member Luis Bedoya were among those whose guilty pleas were unsealed.

Eleven current and former members of FIFA's executive committee have now been charged in the investigation, which alleges hundreds of millions of dollars in bribes and kickbacks. The last three presidents of the regional bodies CONCACAF and CONMEBOL have all been indicted.

"The message from this announcement should be clear to every culpable individual who remains in the shadows, hoping to evade our investigation: You will not wait us out. You will not escape our focus," Lynch said.

Fourteen men were charged in May when four additional guilty pleas were unsealed.

FIFA President Sepp Blatter, elected that week to a fifth term, said on June that 2 he would leave office when a successor is chosen. Blatter has been suspended by FIFA as part of a separate investigation into a $2 million payment to European soccer head Michel Platini, who hoped to succeed him when FIFA's 209 member nations vote on February 26. Blatter is also under Swiss criminal proceedings.

The indictments list a who's who of football executives.

Among those charged were Marco Polo del Nero, a Brazilian who served on the executive committee from 2012 until last week; Rafael Salguero, a Guatemalan who left the executive committee in May; former South American confederation secretary general Eduardo Deluca; former Peru soccer federation president Manuel Burga; and current Bolivian football president Carlos Chaves, already jailed in his own country.