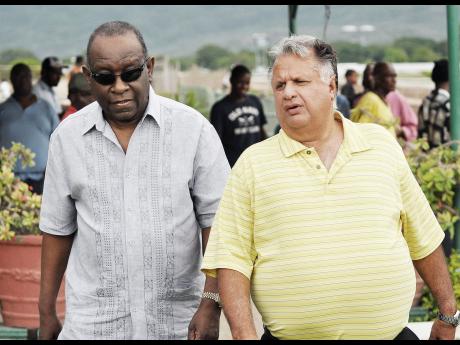 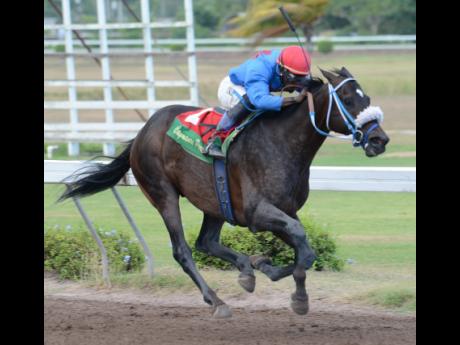 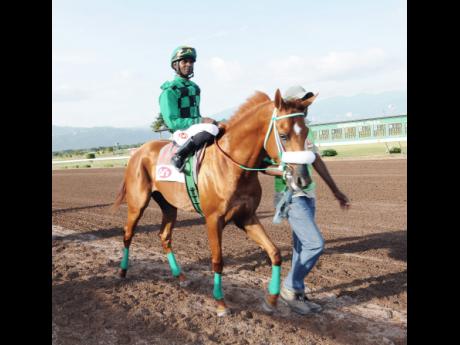 SEEKING MY DREAM (Omar Walker up). 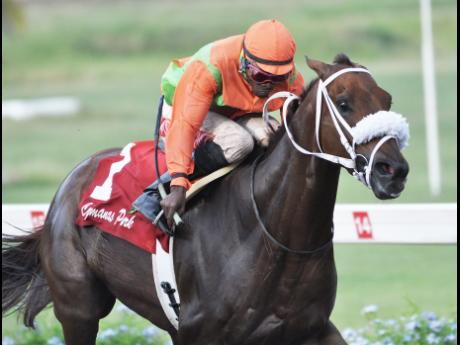 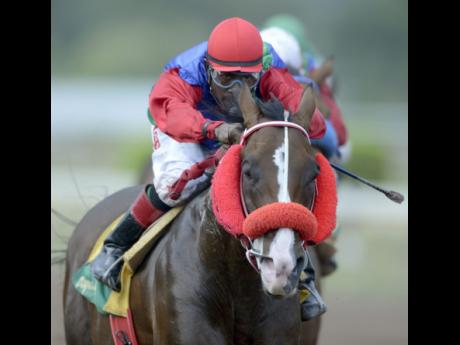 Sixteen of the very best horses in the country will today contest the inaugural running of the Supreme Ventures Diamond Mile, which offers a record purse of $13.5 million.

The mammoth 14-race pro-gramme at Caymanas Park, which commences 10:10 a.m., will see the remaining 13 races offering purses of $1 million and over. And if that wasn't enough, purse money will be paid to the first 10 past the post in the Diamond Mile, with a whopping $6.5 million going to the owner of the winner, $2.1 million for second, and $1.25 million for third.

The race, which was conceived by the Betting, Gaming and Lotteries Commission, is being sponsored by Supreme Ventures Limited with support coming from Caymanas Track Limited and the Jamaica Racing Commission.

With so much at stake and the big guns of racing chomping at the bit to get a piece of the action, it should be a day of huge excitement. All roads will definitely lead to Caymanas Park today.

Among the galaxy of stars down to run in the Diamond Mile are the 2013 derby and St Leger winner PERFECT NEIGHBOUR, one

of six horses conditioned by 14-time champion trainer Wayne DaCosta; stable-companions SEEKING MY DREAM, who won the derby in June; and ALI BABA, winner of the 2000 Guineas in April; two-time Horse of the Year; TYPEWRITER; the recent Superstakes winner FRANFIELD; not to mention the crack imported horse UPPA TUNE; outgoing champion sprinter POTCHEEN; and, of course, COMMANDING CHIEF.

At the weights, the race looks tailored for SEEKING MY DREAM, to be ridden by four-time champion Omar Walker for Member of Parliament Derrick Smith.

SEEKING MY DREAM estab-lished himself as the season's top three-year-old by virtue of having won the derby in June and his close second to ALI BABA and SUPERLUMINAL in both the 2000 Guineas and St Leger, respectively.

He catches my fancy, with the conditions of weight allotment for the three-year-olds (53.0kg) decisively in his favour.

Since losing the recent Coca Cola Invitational Mile on the line to the lightly weighted PHINEAS on November 14, SEEKING MY DREAM has impressed at exercise. He looked the part when cantering nine furlongs Sunday morning, galloping the last six in 1:13.2, beating his much accomplished stable-companion PERFECT NEIGHBOUR by a length in the process.

To say that SEEKING MY DREAM has improved since losing to SUPERLUMINAL in the July 4 St Leger would be an understatement.

Indeed, I am expecting him to win on the strength of his near miss in the Invitational Mile when having his first outing in over four months. Toting top weight of 57.0kg that day, SEEKING MY DREAM, with Robert Halledeen aboard that day, chased stable-companion FORTUNEONE-HUNDRED before going by entering the straight, only to be denied on the line by the fast-finishing PHINEAS.

Now better for the run, SEEKING MY DREAM should make no mistake with his derby-winning jockey, Walker, back in the saddle. The Harry Parsard-trained UPPA TUNE is versatile and consistent as they come and given his strong pace, should make a brave bid with champion Dane Nelson aboard. But the biggest danger to SEEKING MY DREAM is his own stable-companion, PERFECT NEIGH-BOUR, who ran on strongly to beat a good field of grade one horses in the Gold Cup over 1400 metres some weeks ago and will truly relish a mile.

Other firm fancies on the card are MESSITHEGREAT in the opening race for maiden three-year-olds; FORCE DEJOUR, who has win seven of his last eight races, to rebound in the second; WILL IN CHARGE to go one better in the fifth for maiden two-year-olds; as well as SHINE in the seventh; BRAVE PROSPECT in the ninth; and SILVER CLOUD to complete the hat-trick in the 10th, the SVL Diamond Sprint Trophy over 1200 metres.