Skipper Holder: No time for excuses 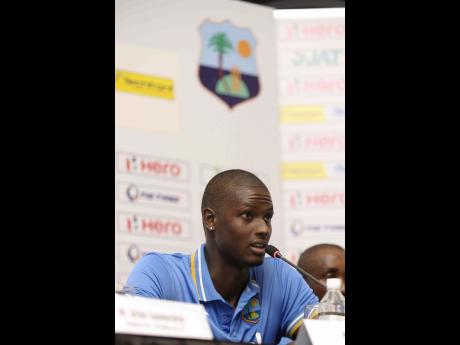 West Indies captain Jason Holder has demanded immediate improvements from his floundering side, after they suffered a humiliating 10-wicket defeat to a youthful Cricket Australia XI in their four-day tour match yesterday.

In a frank assessment where he minced no words, the 24-year-old told reporters his players needed to examine themselves, take responsibility for their performances and "stop looking for excuses", as they looked to lift themselves ahead of the opening Test against Australia starting Thursday in Hobart.

"Obviously, we're going to cop a bit of criticism. We obviously have to improve, there's no doubt about it," a sober Holder said.

"Going into the Test match, we're up against the number-two ranked side in the world in Australia so we have to be better, we need to make the most of these coming days and make sure our preparation is very good leading up to the first game.

"We're at the stage now where we need to make some strides forward. We've been a bit stagnant for a few months so we just need to pick ourselves up, try something different and find it within ourselves.

"Each player has to look in the mirror, reflect on their personal performance and hope to uplift the team, especially in this first Test match."

Opting to bat first at Allan Border Field, West Indies managed only 243 all out and then watched helplessly as Cricket Australia XI - with six players on first-class debut - piled up 444 all out.

In their second innings, the Windies slumped to 97 for seven on the third day before being dismissed for 210 early on the final morning, leaving the hosts with a mere 10 runs to win.