Dr Paul Wright: Who is accountable? 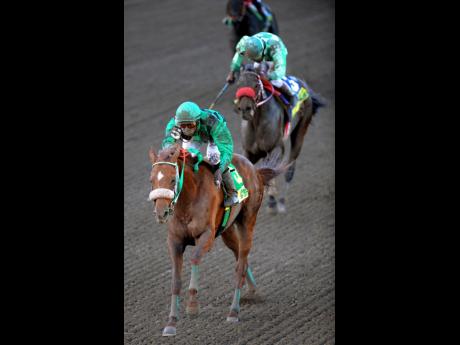 The 'Diamond Mile', the richest race in the history of horseracing in the English-speaking Caribbean, was completed at Caymanas Park last Saturday. The day saw 14 races being completed with record attendance, a record handle (money bet on the races), great dividends, and exciting finishes.

Sponsors were there in their numbers; no money was spared in the preparation of the in-field for special guests; and a good time should have been had by all. Wrong.

Whereas all the above is in fact true, the regulators had to have their now mandatory stab at "spoiling the party". In the 10th race of the day, the betting favourite was horse number two, Silver Cloud. After being loaded into the starting gate, the horse squatted/fell in the gate, throwing the jockey head over heels (a poop-a-lick) backwards on to the surface. Luckily, the jockey was not hurt and quickly picked himself up and did some checks to make sure that he was all right.

To the absolute shock of racing fans, the horse was not removed from the gate for inspection by the veterinarian on duty at the gate. Our shock turned into dismay as the horse staggered out of the gate and trailed the field home, obviously feeling some effect of the fall. In every other racing jurisdiction where the safety of the participants (horse and rider) is the priority of paid individuals, that horse would have been examined out of the starting gate BEFORE the horse was allowed to start!

But this is racing in Jamaica. who cares? If the horse is seriously injured and falls during the race, injuring the rider and possibly any of the other participants, oops, who won? Can this sport be allowed to continue like this?

Apparently, YES. No one cares. No one is accountable. The day was an economic and sponsors success. So what? Divestment IS the only answer. However, with a somnolent Divestment Committee "waiting on Godot", nothing even close to an announcement will come until a few days before the election, which has now been pushed back to "one day soon". HELP!

The much-anticipated and longed-for meeting of the West Indies Cricket Board and the CARICOM subcommittee on cricket was held last Friday. After a three-hour meeting, the recommended dissolution of the board was not discussed as the reports out of the meeting suggest that the board has no intention of giving up its privileged positions. They have agreed to meet again on December 13, and, hopefully, the anxious West Indian fans will hear something from Mr Pybus and 'President Dave' about the recent revelation from reinstated coach Phil Simmons. Simmons had mentioned, before a failed attempt to silence him, that there was outside interference in the selection of the West Indies team.

Fans of West Indies cricket (the "few" of us left) know that the only hope for the resurrection of cricket in the region rests solely on the removal of a group of men described by one of their own (Baldath Mahabir) as "unprofessional, tardy, or lax in many instances". As our ancestors have taught us, "If fish come from river bottom and say that shark down there, believe him".

Administrators of sports worldwide will not give up their privileged position no matter what. FIFA continues trying to run football as the majority of that body's executive is arrested on numerous charges. Sports can be saved. We the people have to insist on transparency and integrity of those who "volunteer" to run sports. We have to!