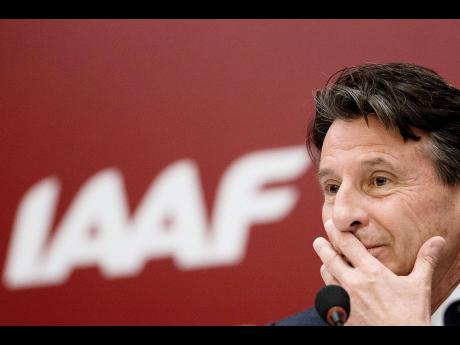 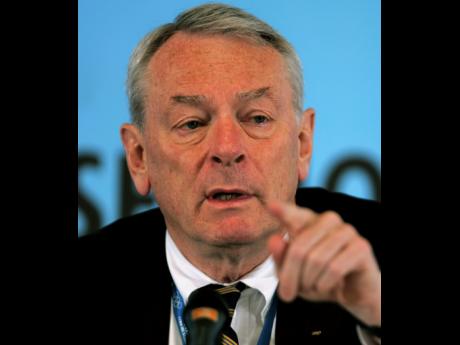 The double Olympics 1500m gold medallist, then Sebastian Coe, could not possibly have taken office at a more difficult and challenging time. It is worrisome that long-standing allegations of massive corruption in the sporting arena are now eyeballing their targets. The character of members of the hierarchy being besmirched, some beyond repair, only adds to what has become a most distasteful affair. One can envisage the British newspaper Sunday Times and BBC Panorama Show's Andrew Jennings, "hopping on one leg'' in ecstasy, while chanting a rhythm of "I told you so's." The now world-famous investigative reporter had waged a decades-long war against these acts of wrongdoing, and is now close to vindication.

While these clouds of doom are encircling, and suspects are trying to cover their rear, in steps the World Anti-Doping Agency (WADA). Through an investigating commission, led by its former president, Canadian attorney Richard 'Dick' Pound, the IAAF is now implicated, seemingly from the top. Its outgoing number one man, Senegalese Lamine Diack, is alleged to have received €1 million in drug-test results concealment bribes - a most unenviable situation - followed by his falling rapidly from grace. If that was all the world governing body in athletics had on its plate, it would be bad, but not so bad.

With all that morass threatening one of the world's most prestigious and highly regarded sporting bodies, it now appears to be but the proverbial tip of the iceberg. There seems no end to the sordid and sorry saga. Pound, looking somewhat like a dramatist, is reported to have made a series of stunning statements. They read, in effect, that what will be revealed as to IAAF involvement in the doping scenario will have a 'wow' factor. His words, published by the Independent newspaper, are ominous: "The next round of the World Anti-Doping Agency report that looks into possible corruption within the International Association of Athletics Federations will be even more jolting.

"People will say: 'How on earth could this happen?' It's a complete betrayal of what the people in charge of the sport should be doing."

It will take the best possible judgement and astute thinking of the man from the peerage and his team to fathom and arrive at solutions in this imbroglio. Who knows of the composition of that team, with more accusations to come, early January being the forecast? Lord Coe will be well advised to stay his remedial hand until all is revealed.

Already, another British publication, The Sun, has referred to him, seemingly quoting Pound, as "playing politics". It went on to say that the Olympic two-time gold medallist "has already been made to look foolish for showering praise on his predecessor" (Lamine Diack).

Former Great Britain long jumper Jade Johnson has added her voice to the anti-Coe mutterings, calling into question his role as Diack's deputy for eight years, saying, "As the vice-president of the IAAF for eight years while Lamine Diack was in control, I'm surprised that Seb (Coe) didn't actually know what was going on." It is difficult not to listen with interest to this observation. At best, it speaks to a lack of insight into matters of a serious nature, which could bring down the entire organisation, now tottering and attempting to rebalance itself.

The fact that Pound is reported as saying, in reference to the IAAF that "there are no checks and balances as far as I can tell", tends to considerably weaken the structure of a body that carries an oversight label.

The Sun concludes. "Even if Coe was not also part of the problem, his words and deeds to date make it hard for him to be part of the solution." If that is so, where does the boss find himself, with all eyes trained on him as the sports saviour?

He recovered (taking the 1500m gold in that and the next Games in Los Angeles) from a most unjustified press tag "Coe's Trail of Shame" after losing the 1980 Moscow Olympics 800m to his less-fancied-in-that-event teammate Steve Ovett. Can he do another now?