Oral Tracey: Rally Round What? 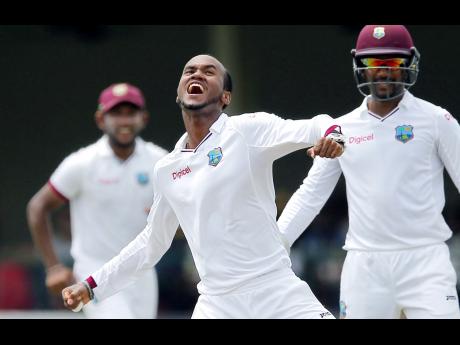 'Rally, rally round the West Indies now and forever.' Those are the first words of the chorus of the official West Indies cricket anthem written and performed by Trinidadian calypso singer David Rudder.

Supporting and rallying round our team seem the noble and patriotic things to do, after all it is our team, and the only international cricket team we will ever have.

However, context and perspective are everything. Coming from a lofty position of marauding dominance, the regional team is now ranked 10th out of 12 in Test Cricket, ninth out of 12 in one-day internationals, and as their rankings suggest, they are the woeful, shameless, and routine "beating sticks'' for almost all of the rest of the world in the traditional formats of the game.

My personal challenge is in reconciling my support of an institution I grew loving, respecting, and revering, and continuously getting nothing in return. The West Indies players of today have either lost track or are totally ignorant of the social and political responsibility attached to representing the Caribbean region and the Caribbean people on the cricket grounds of the world.

Having gone the full gambit of emotions from love, reverence, respect, disappointment, anger, and now total turn-off and disdain, the current West Indies cricket team is not very 'supporter friendly'. When the conscience and heart are gone from the players, they inevitably go from the team. I find it impossible to give unconditional support to such a team.

When things get to the point where the West Indies in their lone warm-up game before the start of the first Test match on their current tour of Australia were thrashed by 10 wickets early on the fourth morning of their four-day game by an Australian board eleven made up mostly of amateur teenagers who are yet to break into first class cricket, how can I "rally round" that kind of wimpish ineptitude.

I have unapologetically made the conscious decision not to subject myself anymore to the predictable trauma of investing my emotions in the fortunes of this team. Sport is supposed to be uplifting and entertaining and not a permanent agent of depression and despondency.

It is not anymore even about diagnosing the myriad problems that have killed our cricket. That enquiry has been going on for two decades and nothing has changed. It is not even about pin pointing the individuals or the systems and structures that have failed our cricket. It is now for me more a resignation that as a fan of West Indies cricket, understanding that it was great while it lasted, but I have played my last innings. I wish to do this no more.

Residual curiosity will no doubt see me asking the scores along the way, or even watching the odd hour or two, knowing fully well the risks involved that sooner rather than later, I will witness the now inevitable and routine battering that will ensue.

The sad reality is that West Indies cricket has become a joke. But no one is laughing. I wonder if even Mr David Rudder, who wrote and sang those platitudinous words, still believes in them.