Under-20 Girlz bow out 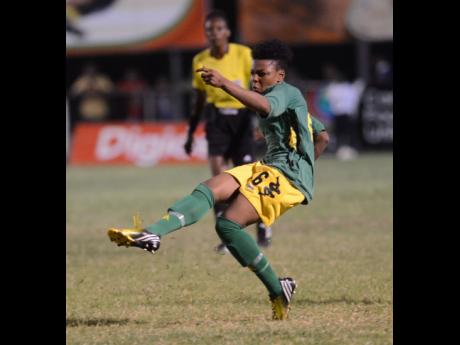 Jamaica's Under-20 female footballers missed out on qualifying for the semi-finals of the CONCACAF Under-20 women championships despite slamming regional rivals, Trinidad and Tobago 6-1 in their final Group A game yesterday.

The young Reggae Girlz needed group winners Canada to beat hosts Honduras by at least four clear goals to go through as second place qualifiers, as only the top two teams from the two groups advance to the last four.

However, that game between Canada and Honduras ended 2-0 win for the Canadians and as a result the Hondurans secured second place from the group with four points, the same as Jamaica, but with a better goal difference than the Reggae Girlz.

Oshay Nelson-Lawes netted a tournament equalling record for the most goals scored in a single match after finding the net four times in the Reggae Girlz's victory. Khadija Shaw and Chanel Hudson-Marks got the other goals for Jamaica. Tsaianne Leander scored Trinidad's lone goal.

Canada ended the group with maximum nine points, while Trinidad and Tobago finished at the bottom without a point. The top three teams from the CONCACAF championship will qualify for the FIFA Under-20 Women's World Cup.