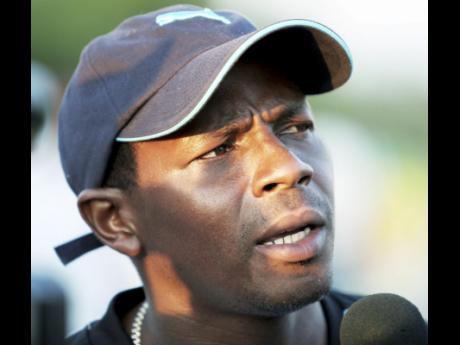 Paul Young Sr is not the product of a virgin birth, but he is being viewed by many as the equivalent of the football messiah, especially for Red Stripe Premier League (RSPL) club Waterhouse, which he is expected to save.

Having recorded the fewest wins, the most losses joint with 11th-placed Rivoli, scored the second fewest goals, only bettering the goal-shy Cavalier, and conced the third highest number of goals, a position they share with today's opponents Tivoli Gardens, Waterhouse are really in need of a saviour. Young is an accomplished man, having distinguished himself at the high school, university and national levels as a player, and having followed suit at the club level, especially locally.

This job, though, may just be his biggest yet as he has not before worked miracles. The much-travelled Calvert Fitzgerald failed to raise Waterhouse's game from the dead. The loyal Anthony Patrick has since stepped in, but things have not improved at all. In fact, they are a little worse as the club is now firmly rooted at the bottom of the table after 16 games in the season.

Young appears unwilling to speak about the current situation and what the future holds, but is perhaps taking inspiration from Humble Lions, who, last year this time, had less than 10 points, but ended up challenging for the title.

Games between both teams have always been competitive and, according to Tivoli Gardens assistant coach Damion Gordon, this one could go either way.

"History will play a big part in this game. Over the years, games between these two teams have been intense, and it did not matter where on the table one or both of the teams were," Gordon said.