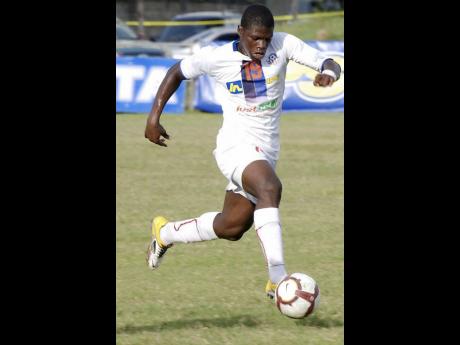 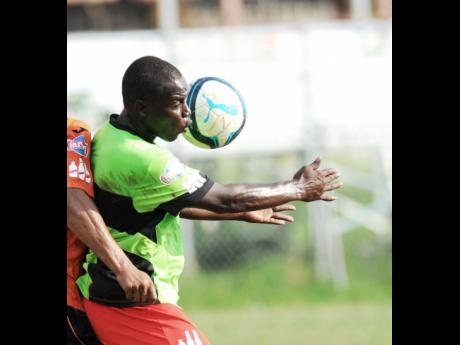 Former leaders Portmore United could find themselves overtaken by Humble Lion when the two meet today in the Red Stripe Premier League at Effortville Community Centre.

Portmore United currently sit second in the table on 31 points, two behind leaders Montego Bay United and three ahead of Humble Lion. Normally, the visitors would be favoured to win, but they are on a two-game losing streak, losing 2-1 to 10th-placed Cavalier SC and 3-0 to seventh-placed Boys' Town at the Juici Park field. This form should convince the Humble Lion players and fans that they have a good chance, especially at home.

"We lost some points that we didn't bargain for ourselves, and they are coming off two straight losses, but we will not be fooled by that.

"They will be coming to up the tempo against us, and even with those losses, we would be prepared for a tough game from them," Vassell Reynolds, coach of Humble Lion said of today's big clash.

He added: "On paper, it is a Clarendon derby, as we are based in Clarendon and a large percentage of the Portmore United players are based in the parish. With that situation, neither team needs anything more to motivate the players."

Leading up to this game, Reynolds said his players trained well with a lot of emphasis on the mental aspects of the game.

"We did a lot on the mental side, which will be key to the outcome of this game.

"Wolry Wolfe has been leading the charge for us and others like Levaughn Williams, Ricardo Cousins, Devon Hodges, and FranÁois Swaby are also capable of delivering for us. Once we can get them to join the likes of Wolfe and Andrew Vanzie, in terms of performance and leadership, we will be fine," the positive Reynolds said.

As far as Portmore United's Clive Marshall is concerned, the main focus for his team is to improve on their last two performances and return to their productive ways. Nothing else matters.

"This game is more like a derby, given tradition and history, but we are not looking at it like that. We are looking at improving on our last two results and returning to winning ways," manager Marshall said.

According to Marshall, there is no time for making excuses about why they lost and the manner in which they lost. It was time taking responsibility and putting measures in place to correct the mistakes and not repeating them.

While Jovan East has been the most consistent in front of goal this season and Ewan Grandison in one of the most experienced, Marshall said getting back to winning ways was not up to one or two players but the entire team.

"We have a young team, but if the more experienced players provide the leadership and the other players respond in a similar way then we will be OK, but it has to be a team effort," declared Marshall.

At Barbican Stadium Boys' Town will be looking to follow up their big win over Portmore United with a victory over the stabilising UWIFC while Cavalier can keep themselves out of the relegation zone with a win over Waterhouse.