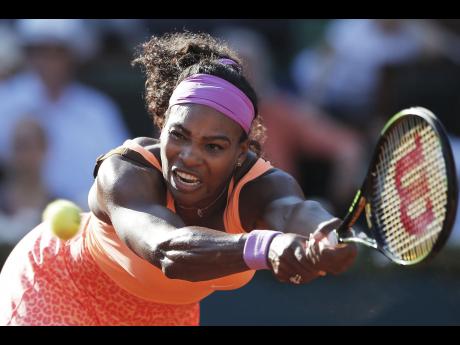 Serena Williams withdrew from the Hopman Cup yesterday because of inflammation in her left knee, a setback in her preparations for the Australian Open.

Williams has been replaced by Vicky Duval in the US team for the last Group A match against the Czech Republic today. Williams withdrew ahead of her season-opening match against Ukraine on Monday, with Duval filling in for her and retired in the second set against Australia's Jarmila Wolfe on Tuesday.

Hopman Cup organisers confirmed Williams' withdrawal yesterday. The US team is 0-2 and cannot reach the final of the international mixed team competition at Perth Arena.

Williams, who won the Australian Open, French Open and Wimbledon and got within two victories of a season Grand Slam in 2015 before losing in the US Open semi-finals, had initially been confident of returning to action in Perth.

"It's not even a bump - just a really minor thing in the road and I'll fly over it," Williams said after retiring against Wolfe. "I just have some inflammation that's been going away very slowly - it's going away but it needs a little more time.

"Mainly I was afraid to move and I need to get in the space where I'm not afraid to move. Maybe a day off or two will really make the world of difference."

Williams is expected to travel to Melbourne to continue preparations for the Australian Open, which begins on January 18.