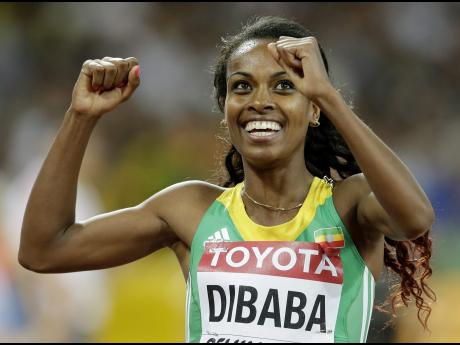 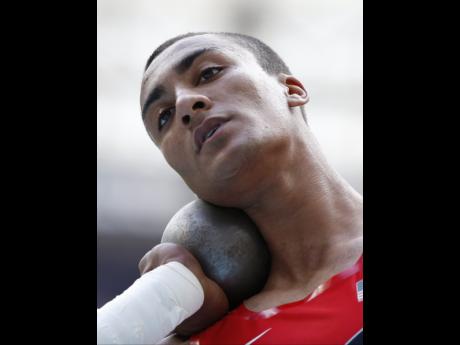 The respected United States publication, Track and Field News, has named American Ashton Eaton and Genzebe Dibaba of Ethiopia as its Athletes of the Year for 2015.

Despite contesting just one decathlon for the entire season, Eaton won the bulk of the votes from a 36-member international panel to emerge ahead of triple jumper Christian Taylor and Jamaican sprinter supreme Usain Bolt.

It was far closer among the women, with Dibaba edging Poland's Anita Wlodarczyk, the 2014 Athlete of the Year.

According to a notification appearing on the magazine's Internet site, Eaton's world record performance - 9,045 points - at the World Championships tipped the voting his way. In fact, it was voted the Performance of the Year.

The magazine's website notes that two members of the panel objected to the season on the grounds that Eaton's single decathlon did not 'constitute a full season'.

Dibaba and Wlodarczyk both set world records - three minutes 50.07 seconds for the 1500 and 81.08 metres for the hammer throw, respectively - before their wins at the World Championships.

The Track and Field News panel could only separate them by three points, 312 to 309. In fact, 17 members of the panel felt that the Pole was number one compared to 16 who voted for Dibaba.

Bolt and Fraser-Pryce were voted as the year's top performers in the men's 200 metres and the women's 100m, respectively.

American Justin Gatlin, and not Bolt, is the magazine's number one in the 100 metres.

Details aren't available yet on the website, but in its 2014 Annual World Rankings issue, Track and Field said: "As important as major meets are, we should also note that no competition, not even the Olympic Games, is the be-all, end-all. We're looking for people who maintain high standards over a whole year."

Gatlin isn't the only athlete to top the rankings in an individual event despite losing at the World Championships. Others include Mutaz Essa Barshim of Qatar, who was fourth in the high jump at the Worlds, French pole vault star Renaud Lavillenie, Kenyan Eunice Sum in the 800 metres, Croatian discus thrower Sandra Perkovic and American Dawn Harper-Nelson, who fell in the semis of the 100-metre hurdles.